European equities have underperformed U.S. stocks on a relative basis for over a decade, and especially since the Trump election win of 2016. This year, however, could be a turning point for both the euro and European stocks as European equities had their best quarter in five years. According to Bloomberg data, 5 out of the 7 best performing stocks globally are now in Europe. This is especially important as only 7 equity markets are positive for the year.

Financial markets often run on narratives and this year of the 2020 U.S. election could be the one when European equities might end their relative underperformance as Europe might experience its own “Hamiltonian moment”.

The invitation letter for the European Council meeting simply stated: “A deal is essential. Now is the time.” It took five days of intense negotiations and “falling forward” for the EU to make real progress with a groundbreaking stimulus plan by European countries agreeing in solidarity to raise large sums by selling bonds collectively.

European equites and the euro have been kept at bay by the consensus view that U.S. equities led by U.S. tech stocks were the only game in town for global equity investors, and over the last few years this was indeed the right and very profitable macro call.

Long-term investors today, however, might realize that the Buy America stocks at any cost, any price might not be that valid anymore, as European equities upgrades from an “underweight” to an “overweight” due to an “upside surprise” in EU stimulus measures and greater success containing the coronavirus pandemic is becoming the new consensus. Global investors might want to recall the old market adage, “just because it is consensus, does not make it wrong.”

What is, however, newsworthy and still mostly overlooked is that this year Europe hosts the world’s best-performing stock market, namely Denmark’s Copenhagen Stock Exchange. Denmark and its Scandinavian neighbors like Norway and Sweden lead the world with an increased focus on sustainability and green finance.

On July 1, the Federal Republic of Germany assumed the Presidency of the Council of the European Union (EU). The Covid-19 pandemic has clearly demonstrated the importance of cooperation and coordination within the EU, and has led to a mindset shift among the European leadership.

Europeans might regard President Trump’s “Make America Great Again” slogan as a reminder and wake-up call to (finally) move the European Union forward or run the risk of more countries like Britain contemplating the idea of leaving the Eurozone.

The U.K. never adopted the euro as a common currency as Margret Thatcher and many other skeptics pointed out that monetary union without a fiscal union is indeed a flawed concept. The former prime minister said, “It just won’t do. It is not big enough minded,” during a famous Forbes interview that went on to outline all the flaws of the European common currency.

Faced with the coronavirus and increased risk, Europe has basically two choices: move forward or face the risk of breaking apart. The proverbial British expression and way of life of “muddling through” most probably just does not cut it any more post-Covid.

Angela Merkel as her legacy moment just took Margret Thatcher’s warning to heart and was finally big enough minded to move toward closer European integration and towards a fiscal union.

“The proper funding of the present debt will render it a national blessing.”– Alexander Hamilton (1792)

This so called Hamiltonian moment of fiscal union that became the United States now seems to have become the new leitmotif for Europe as Germany assumes the EU Presidency and Angela Merkel and Emmanuel Macron conjure a Hamilton moment to fight the EU’s break-up.

Germany and the so-called “frugal four” of Austria, Sweden, Denmark and the Netherlands historically have been against closer fiscal integration and against the idea of joint European treasury bond issuances.

Germany, in particular, due to its painful experience of the Weimar Hyperinflation had long been a supporter of fiscal prudency and balanced budgets and was often against major plans for European fiscal integration.

Now, however, Germany’s political approach has changed with the Covid-19 crisis, and this has significant repercussions for financial markets.

The euro, which 20 years ago was a hope to be an alternative reserve currency to the U.S. dollar, has fallen out of favor with many global investors and central banks, but this year all of a sudden there is potential for the euro and the Europeans of getting their act together.

At a time when America is getting ever more divided along Blue and Red lines, Europe now seems to finally realize that half-heartedness with regards to fiscal integration leads to economic stagnation at best and risk of a Euro break up at worst.

The yield argument that held for over a decade and had global asset managers concentrate in U.S. dollars because dollars have several hundred basis point advantage over euro rates does not apply anymore. Both currencies have roughly, give or take within a percent of each other, the same yield now. Everyone’s gone to zero, give or take.

Thanks to the coronavirus crisis, European policymakers now really have to address the two-decade-old problem of how can a monetary union really work without some concept of a fiscal union?

As Angela Merkel creates her legacy, we could now be at a historic and monumental step forward in European institutional architecture that could lead to Euro appreciation of at least EUR/USD 1.20 levels by the date of the U.S. election and over a five year horizon a (potential) new all-time high in the euro of above EUR/USD at 1.70.

The U.S. went from 40% of the global economy in the ’70s to 25%. The dollar has grown to 79.5% of all transactions in all trade transactions on Earth due the fact that there never was a real alternative to the dollar. A more united Europe moving towards fiscal union could change this and would create an attractive Euro reserve asset for global central banks, the Chinese and the Arab oil producing countries. Some degree of collective financing would allow EU states to pool the overall default risk, reassuring investors that the mutualized debt of each European state was backed by the economic power of the whole European Union.

In line with a stronger Euro, European Equities could surprise to the upside and on a relative basis compared to U.S. equities especially at a time when increasingly the Wall Street consensus view seems to indicate that a Joe Biden presidential win could be less bullish for U.S. risk assets.

U.S. equities might soon be peaking against European equities on ground of relative total return performance, valuation differences and most importantly the possibility of Merkel’s Hamiltonian moment.

European equities could also benefit from an edge in green energy technologies, health care and a strong focus on sustainability.

Sector wise and on a TAA (Tactical Asset Allocation) basis, European airlines offer long-term investors attractive entry prices as current consensus is too negative and EU government support underwrote the survival of state carriers. Several European airlines committed to sustainability and to focus more on climate concerns. Green finance and the motto: “No Nature No Future” is becoming even more important post-Covid-19.

While the risks and uncertainties regarding the global and European aviation industry are real one could make the argument that as Europe is re-opening, the current sentiment is too bearish and that major EU government supported airlines will recover over time leading to a meaningful re-rating of European airline stock prices.

European equities have underperformed even Japanese stocks by over 10% in the last five years and returned 78% less than U.S. equities in total return terms, according to Bloomberg data.

This lackluster performance is mostly the result of the Eurozone’s persistent structural problems. A Merkel legacy moment however could change and fix these structural shortcomings that UK Prime Minister Thatcher so rightly pointed out if not predicted. Investors take note. 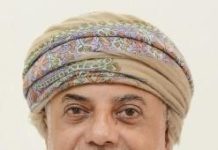 The Leadership Series: How governments and businesses should respond?