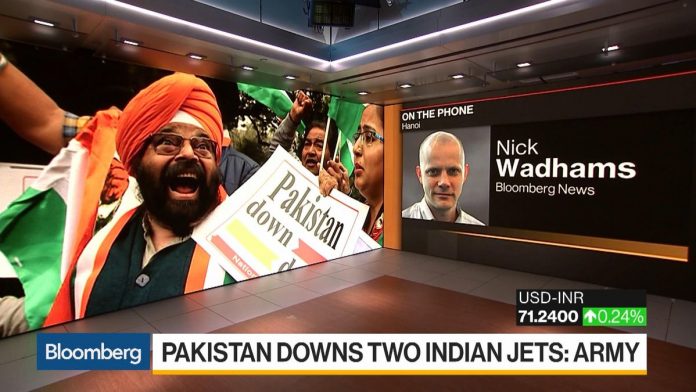 (Bloomberg Opinion) — India has always had the capacity to strike back at Pakistan in response to the actions of the “non-state actors” its military controls. What New Delhi has always struggled with is the ability to control what follows — to limit the spiral of escalation, to retaliate without provoking full-fledged war between two nuclear-armed states.

There was a brief moment after the Indian Air Force’s strike in Pakistani territory in the early hours of Tuesday when it appeared that a way to thread that needle had been discovered. Rather than restricting itself to attacking terrorist training camps just across the Line of Control that divides Kashmir, India for the first time in decades struck areas that were undisputedly part of Pakistan itself. Strategists in New Delhi seemed confident that they’d fundamentally shifted the red lines in Kashmir and expanded India’s arsenal of possible retaliatory measures against Pakistan-backed militant attacks.

For that to be true, however, both Indian and Pakistani politicians would need to retain control of their (mutually incompatible) domestic narratives. The Indian government — facing a tough re-election campaign in just a few weeks — had to be able to tell its electorate that it had made Pakistan pay, claiming unofficially to have killed as many as 300 terrorist recruits. Pakistan had to be able to assert the opposite — that the Indians had hit nothing but a forested hilltop before being chased off by Pakistani fighter jets.

That’s why the Indian government was initially very careful to have its chief diplomat brief the press, rather than anyone connected with the military. India’s foreign secretary also stressed that this was a “non-military” action, meaning that it wasn’t directed at the Pakistani military, and that a central aim of the planning was to ensure there were no civilian casualties. Meanwhile, Pakistan’s ruling party was busy mocking the Indian media’s claims on Twitter, accusing journalists of watching too many Bollywood movies.

In general, as long as both sides focus on reassuring their domestic constituencies rather than contradicting each other’s version of events, the chances of conflict are paradoxically lower. The problem is that in this crisis like any other, facts inevitably intrude.

The mere fact that Indian jets had penetrated Pakistani airspace at will was too embarrassing for Islamabad not to strike back. It did so with care, launching air strikes on Wednesday that it similarly claimed were planned to avoid any civilian casualties. No doubt Prime Minister Imran Khan and the Pakistani military hoped to be allowed their narrative — that they’d shown Pakistan couldn’t be trifled with — without provoking a reaction from India.

But, one major and unwelcome fact — the capture of an Indian Air Force pilot, allegedly shot down as he pursued Pakistani jets across the de facto border — has eliminated that possibility. The two sides can no longer simply settle down and claim that they’d intimidated the other. (India said it shot down a Pakistani F-16, which Pakistan denied.)

Inevitably now, Indians will begin to ask questions. Why was a MiG-21 having to fight F-16s, rather than one of the Indian Air Force’s frontline fighters? Was there a lack of preparation, or a failure of strategy? India’s ruling Bharatiya Janata Party had been hoping to go to voters claiming to have been far more muscular than its predecessors had been toward Pakistan. Its supporters on social media were already crafting this narrative. Now the government faces pressure to up the ante in an effort to get its pilot back.

This is the important point: There is no longer a clear path to de-escalation for the Indian government that also allows it to declare victory. Nor will Pakistan be able to back down if India responds, having vowed not to allow any challenges to its sovereignty.

The mistake both sides made was to assume that “truth” in today’s world can be independent of “fact” — and so that the old rules about escalation would no longer apply. We had better hope that, somehow, each government regains control of the narrative and that they have the moral and political courage to step away from the brink. 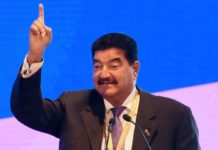