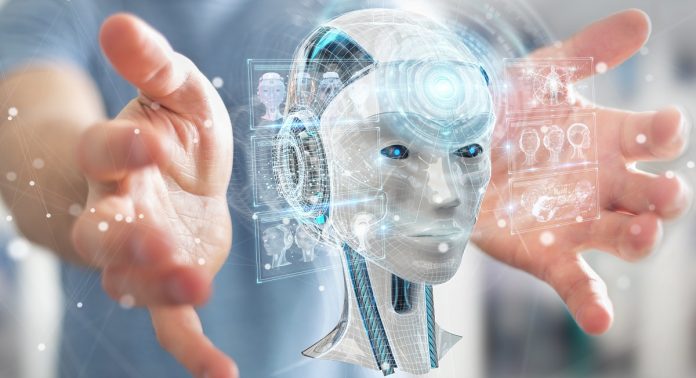 (Bloomberg Opinion) — The idea that automation will drive up unemployment or drive down wages — in other words, that robots will take people’s jobs — has become almost an article of faith for many Americans.

Everyone can point to instances of automation reducing demand for certain workers. And with so-called artificial intelligence technology improving rapidly, there’s widespread worry that many humans will simply be made obsolete. News outlets are full of eye-grabbing forecasts of the percentage of jobs that will be replaced.

But those estimates are little more than guesswork. The truth is, nobody knows how many jobs will be replaced by automation, or how automation will affect wages and inequality. There’s the possibility that AI, rather than replacing workers, will mostly just allow them to do their jobs more easily. And even as some jobs are eliminated, new ones will pop up, possibly at higher wages.

That may involve painful, stressful transitions for people who have to switch jobs, but it doesn’t represent a robot apocalypse — in fact, it would be exactly what happened in the Industrial Revolution.

So far, broad trends don’t look like they show a robot takeover. Prime-age employment rates are healthy at about 80 percent.

Meanwhile, wages now are rising fastest at the lower end of the income distribution — not the kind of pattern one would expect to see in a world where low-skilled workers are competing with robots.

Some economists have done studies that purport to show a negative impact from automation. For example, a 2017 paper by Daron Acemoglu and Pascual Restrepo claimed that regions with more robots lost more jobs between 1990 and 2007. And a paper by Osea Giuntella and Tianyi Wang found something similar going on in China. But these trends don’t seem to be showing up at the national level — some countries that use more industrial robots, such as South Korea, Germany and Japan, have unemployment rates as low as or lower than that of the U.S. Meanwhile, Lawrence Mishel and Josh Bivens of the Economic Policy Institute concluded that when the definition of “robots” is broadened to include investment in information technology in general, the result found by Acemoglu and Restrepo disappears.

Read also: Robots Aren’t Yet Killing Off All Our Jobs, World Bank Says

But despite the lack of evidence for a robot takeover in the present, people are still worried about the future. Unfortunately, it’s very hard to extrapolate from current trends, especially since technology changes in such unpredictable ways. To overcome this uncertainty, economists have started turning to mathematical theories.

One such effort can be found in a paper is by economists Francesco Caselli and Alan Manning. Their mathematical model is pretty flexible — it allows for many kinds of workers, and many different consumer and capital goods. They found that if the price of investment goods falls relative to consumption goods — something that seems to be happening in real life — then average wages will rise as technology improves.

This result is powerful because it’s counterintuitive — a fall in the price of investment goods sounds a lot like cheap robots. But this is precisely the condition under which Caselli and Manning found that wages rise. The key to the result, of course, is that in this model robots help humans produce things more efficiently — just like automated assembly lines made factory workers more productive in the Industrial Revolution.

But the conclusion comes with several caveats. Caselli and Manning’s result only holds if the economy has perfect competition and no monopoly power — an assumption that looks increasingly out of date in a world of rising industrial concentration. Also, their result for average wages doesn’t say much about the fate of the workers at the bottom of the distribution.

They also assume that there’s one overall level of technology. But what if there are multiple types? In a blog post in 2017, economist Paul Krugman created a very simple model in which there are two ways to produce things — one that uses more human labor, and one that uses more machines. If the latter becomes more efficient — in other words, if robots get better — it can shunt humans to the labor-intensive sector while lowering their wages.

Meanwhile, in a series of four papers from 2017 through 2019, Acemoglu and Restrepo show that the effect of automation on jobs depends on what type of technologies get created. They show that it’s possible to make mathematical models in which automation complements human labor, allowing people to do their jobs more efficiently. But they also made models where robots depress wages and under some conditions render human labor obsolete.

In other words, economic theory can shed some light on the relationships between technology, jobs and wages, but it can’t give any definitive answers. There are just too many unknowns. The only thing we humans can do is wait and see how technology affects the labor markets of the future, and adjust our policies accordingly.

If robots and humans work together in harmony, so much the better. And if robots start to displace lots of people, schemes like basic income will become necessary. Should robots turn out to be versatile enough to replace everything humans do, there will certainly be enough wealth to go around.