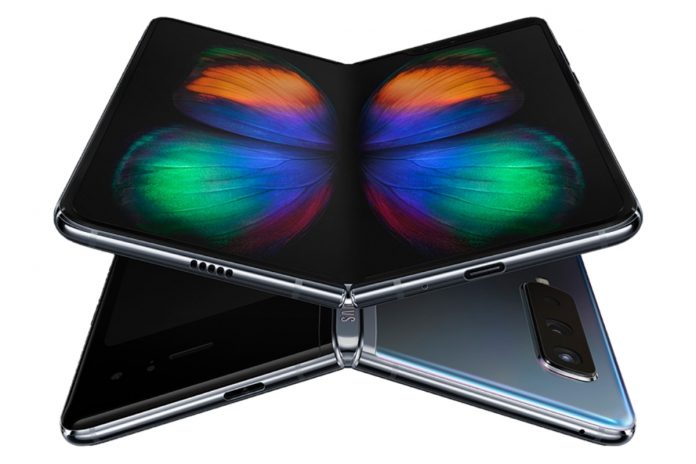 The smartphone with a foldable screen, which Samsung will start shipping at the end of April, is far more than an expensive gimmick. With the release of the $1,980 Galaxy Fold, Samsung challenges Apple’s claim to premium pricing and unleashes, in what looked like a mature market, the same kind of race that Apple started with the first iPhone.

The price point, of course, is pure cheek. When Apple launched the iPhone in January, 2007, it did so at $399 with a two-year contract, more than most mobile phones cost that year, but Nokia’s 2007 flagship handset, the N95, sold for a hefty $700 unlocked – and it didn’t even have a full keyboard.

Samsung, however, isn’t trying to be the Apple of 2007: It has moved to displace the Apple of today from the enviable market position of capturing 44.4 percent of the smartphone market’s total value in the last three months of 2018 while delivering only 18.2 percent of unit shipments. The ability to price its phones at a premium to other manufacturers’ products is, arguably, Apple’s biggest advantage, established during a few crucial years at the end of the 2000s while Nokia lost its way, Microsoft failed to compete and Google still worked on its Android operating system.

Now, Samsung is making a grab for the premium price-setter’s crown with an innovation as bold as Steve Jobs’s abolition of the physical keyboard. The foldable phone adds another device, the tablet, to the list of gadgets you don’t really need if you have a smartphone (that list already includes a camera, a music player and a watch, to name just the most obvious conquests).

It’s also the biggest change the market has seen since 2007. One can gripe about the difficulty of using the fold-out novelty one-handed, expect software problems (Android needs a serious upgrade to run on a shape-shifting device, and so do popular apps) or complain about the bulkiness of the two-battery, two-screen phone – but the first iPhone, too, received its share of criticism just because it was different and required a learning curve. Being able to watch movies, play games and read books on a good-sized screen and still use the device as a reasonably-sized phone is a big advantage that, in the end, trumps all the complaints.

Economically, passing up a tablet for a Samsung Galaxy Fold makes no sense. A latest-generation iPhone plus an iPad Pro can be had for the same price, and, no question, the pair would be the more practical purchase: As first-generation tech, the Fold can be expected to be buggier than these long-perfected devices.

Samsung, however, isn’t trying to make a reasonable offer to consumers. It’s claiming the right to set higher prices than Apple. Citigroup predicts Samsung will ship about a million Folds this year; at the current price point, that would be a bigger achievement than Apple’s 2007 iPhone sales of 1.39 million units. The people who buy the Fold won’t just be early adopters: they’ll be, let’s face it, the kind of people (call them tech devotees, wannabes or just vain) who have helped Apple obtain its price-setting power. Arguably, it’ll be cooler to own a Fold than an iPhone because it’s the new new thing – and also because it’s so expensive: an unbeatable combination.

For the iPhone, the real test came in 2008, with the second model and an eight-fold sales jump. Samsung probably won’t see a similar dynamic, but, if the Fold works properly and doesn’t break too easily, it may have enough time to establish itself as the new king of cool since other manufacturers working on foldable screen tech won’t be able to source enough of the new displays: Samsung has a jump on them when it comes to manufacturing at scale. It has more production capacity than its rivals (South Korea’s LG Display and China’s BOE and Visionox) put together.

Samsung, of course, is taking a gamble. But, for the world’s biggest smartphone manufacturer suffering from historically low profit margins, the bold move is justified. If the Fold takes off, it’ll set off a new cycle for the smartphone industry, which has struggled to grow recently (unit shipments dropped 4.4 percent in 2018). Samsung’s competitors, such as Huawei and Xiaomi, which are also planning to launch foldable phones soon, will be forced to drive down prices as the biggest players also compete on the ergonomics and functionality of the new devices, something that hasn’t happened in the industry for years. Samsung, however, can try to do what Apple had done before it, hanging on to premium prices. This time, it has a chance to do things right.

There’s a possible incentive for smartphone producers to push more foldable phones: Even though the devices are advertised as extremely durable, the constant folding and unfolding makes it likely that they won’t last as long as current smartphones, which people replace increasingly seldom. The industry would love a shorter natural replacement cycle.

Apple, meanwhile, faces its Nokia moment. It can hardly do what it did with its competitors’ earlier, more timid innovations such as large screens or the elimination of bezels – simply copy them and set the price higher. A foldable iPhone for $2,500 later this year? It’s not happening, though Apple is working on a foldable device, as a recent patent indicates. So what role can the phone revolutionary of 2007 play in the next revolution, against competitors eager to deny it its usual mammoth profit share? Jobs probably would have had an answer by now. Current Apple Chief Executive Officer Tim Cook hasn’t given an indication of his plans yet.