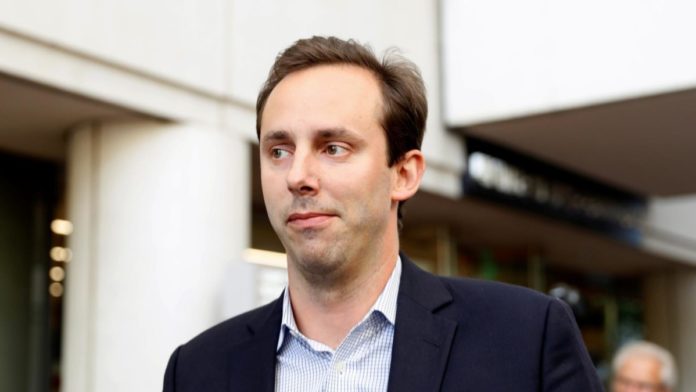 (Bloomberg Opinion) — Silicon Valley has a split personality about “brilliant jerks.” These are the kind of abrasive, boundary-pushing executives whom the industry (and often the media) lionizes — until they push boundaries too far and are kicked out of the tech Garden of Eden.

Alphabet’s Google for years enabled and rewarded Levandowski as he flouted company rules and government regulations. Levandowski formed several startups on the side while he worked at Google and then sold them to the company. He lobbied for driverless car legislation in Nevada without telling his bosses, and more than once sidestepped the permissions required to test autonomous vehicles on public roads.

Levandowski thrived with actions that would have gotten most employees fired — until his boundary-pushing involved pilfering Alphabet documents on his way to start his own autonomous-vehicle company and quickly selling it to Uber Technologies Inc., according to the indictment.

After that, Alphabet’s Waymo driverless car unit sued Uber in connection with the actions of its former golden boy, and Alphabet provided documents and other ammunition for the government’s criminal case against Levandowski. He pleaded not guilty. His attorney said that Levandowski did not steal anything and that prosecutors rehashed “discredited” claims from the lawsuit that Waymo and Uber settled last year.

Obviously, there’s a difference between Levandowski going around company bureaucracy while he was at Google and accusations of stealing secret information. But to me, the Levandowski litigation again shows the tech industry’s schizophrenia about those brilliant jerks.

People like Levandowski, Travis Kalanick, Parker Conrad, Elizabeth Holmes, and Andy Rubin are regarded as scrappy, visionary entrepreneurs, until they go too far, receive unwanted attention or someone with power (or courage) stands up to them. After that, they are sometimes seen as outliers and monsters who sully the tech industry’s reputation.

But can it truly be a surprise that if rule-breaking executives are lauded and rewarded for this behavior, they might at some point break rules to the point of stealing from the company, misleading board members, orchestrating a massive fraud or committing misconduct against a co-worker? If people have evidence that normal rules don’t apply to them, it seems natural that they could exploit that permissiveness.

That’s exactly what some Google employees have been saying about a culture that they contend repeatedly protected executives accused of misconduct at work. On Wednesday, Jennifer Blakely, a former manager in Google’s legal department, described what she said was the aftermath of a relationship with David Drummond, Alphabet’s top lawyer. She was required to transfer out of the legal department, and Blakely said she believed Drummond at one point sought custody of their child as payback for her request for financial support or interaction with their son. (Drummond didn’t reply to an email seeking comment, Bloomberg News reported, and a spokeswoman for Google didn’t respond to requests for comment.)

Sidestepping conventions can sometimes make a good company great or push along a nascent technology product. The question is whether the benefits of a boundary-pushing culture outweigh the Levandowski and Drummond-type examples of harm from tolerating or applauding bad behavior from a chosen few.

The stakes can be extremely high. The New Yorker wrote about a near-collision that Levandowski and a Google colleague got into in 2011 after taking a driverless car on an unsanctioned freeway route. Levandowski described the incident — which injured his colleague and caused another driver to veer into a median — as a useful data-collection opportunity rather than an unnecessary and dangerously irresponsible decision to take a prototype on a high-speed public road. (Google told the New Yorker that the self-driving car didn’t cause the incident.) It’s not hard to draw a line between that cavalier behavior and the shortcomings of safeguards in Uber’s autonomous cars before one test vehicle struck and killed a pedestrian in Arizona last year.

The enabling of brilliant jerks isn’t isolated to technology, but certainly that industry hasn’t figured out how to handle them. Surely it isn’t healthy to one minute applaud and enable visionary rogues and then be surprised when those people do terrible things. What if “brilliant jerks” are just plain jerks?