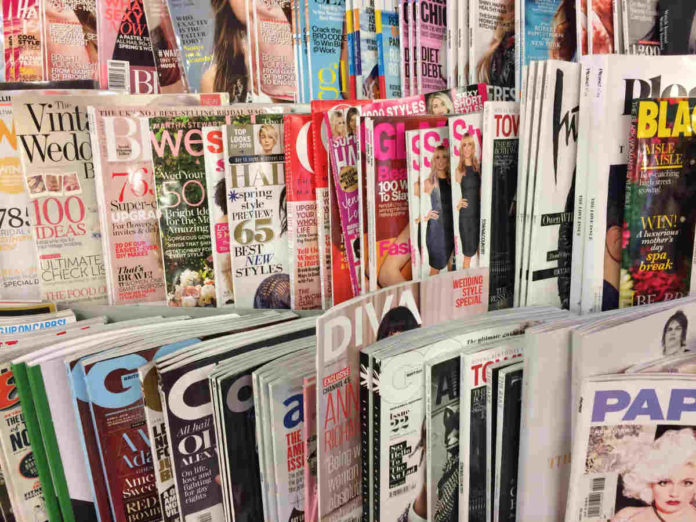 (Bloomberg Opinion) — Vinyl records, paper books, glossy magazines – all should be long dead, but they’re refusing to go away and even showing some surprising growth. It’s probably safe to assume that people will always consume content in some kind of physical shell – not just because we instinctively attach more value to physical goods than to digital ones, but because there’ll always be demand for independence from the huge corporations that push digital content on us.

According to the Recording Industry Association of America, vinyl album sales grew 12.9% in dollar terms to $224 million and 6% in unit terms to 8.6 million in the first half of 2019, compared with the first six months of 2018.

Compact disc sales held steady, and if the current dynamic holds, old-fashioned records will overtake CDs soon, offsetting the decline in other physical music sales. Streaming revenue grew faster for obvious reasons: It’s cheaper and more convenient. But people are clearly not about to give up a technology that hasn’t changed much since the 1960s.

That’s more magazines than the U.S. had in 2009. For all the havoc the digital revolution is wreaking on newsrooms, people are still starting new titles – and 96% of the magazine industry’s subscription revenue still came from the print editions, with digital providing the rest.

One explanation could be that, as Ozgun Atasoy from the University of Basel and Carey Morewedge from Boston University wrote in a paper based on a series of experiments, people are more willing to buy physical goods than equivalent digital ones, and they’re likely to pay a higher price for them.

Offered an easy choice, people would rather have a vinyl LP than its digital image in the cloud somewhere; it’s just that the choice isn’t there most of the time. Atasoy and Morewedge wrote that the effect is mostly explained by “psychological ownership”: It’s hard for people to feel they own something they can’t physically touch.

They wrote, however, that other, unidentified factors were also at play, since psychological ownership didn’t fully explain the difference in people’s willingness to pay for the two kinds of products. I think Michael Palm from University of North Carolina-Chapel Hill put a finger on those factors in a paper published earlier this year. He suggested that physical vs. digital, or new vs. old, could be a less relevant differentiation point than corporate culture vs. independent culture.

The record industry got rid of vinyl fabrication when CDs appeared. Big store chains stopped selling LPs. But small producers and record stores that also function as community centers have kept the culture and the format alive. Now, the big companies see a commercial potential again – but they’re ordering vinyl records from independent producers, who can’t always keep up with the orders, and distributing to small stores, not just to giant chains like Best Buy, which are also stocking vinyl records again.

“To combat the corporate incursion into vinyl markets, some independent labels are vertically integrating and beginning to manufacture as well as distribute and sell their own records,” Palm wrote. “The stakes of vinyl’s future involve the viability of an independent supply chain for popular music, and these stakes are raised in a media landscape dominated by online access to content controlled by corporate gatekeepers.”

A similar logic applies to books. According to the American Booksellers’ Association, independent bookstores’ sales went up about 5% in 2018. These stores are where people hang out, discuss their discoveries, receive recommendations and advice. They are also where the products of small publishing houses can get more attention than they do in major bookstores or on Amazon.

The increase in the number of print magazines also isn’t occurring thanks to major launches by big industrial publishers. There’s space in this industry for niche publications that want intimate contact with readers, not a tiny share of the attention squandered on the internet. The Association of Magazine Media claims the average time to read an issue of a magazine published in the U.S. is almost 50 minutes. A magazine is the same kind of alternative to Instagram or Twitter as a vinyl record is to Spotify or Apple Music.

This may be the last line of defense for old content formats – a line they could be able to hold forever: The preserve for independent creation, manufacturing and distribution in a world that belongs to giant corporations that mass-produce content and mass-distribute it through the cloud. The old-new dichotomy may well turn out to be misleading; there’s nothing “old” about trying to go beyond the mass market.