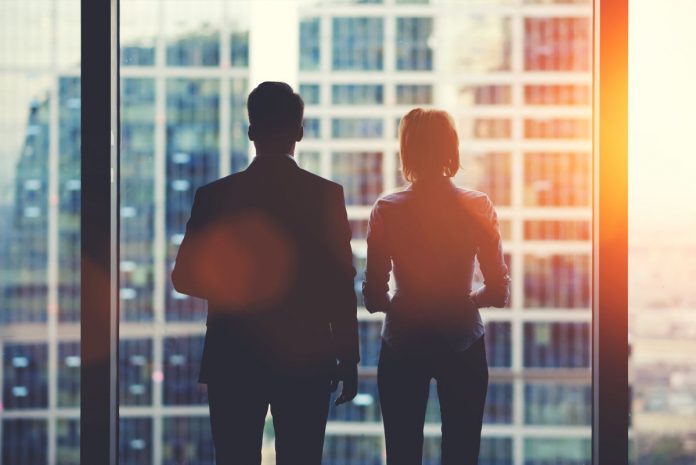 (Bloomberg Opinion) — The world is wealthier now than it’s ever been — but only on paper. Much of this prosperity may prove illusory as a global shift toward less liquid investments undermines the basis of valuation.

Private equity, infrastructure and private credit have become a bigger share of investment portfolios, making mark-to-market values increasingly uncertain. The standard method of valuing assets assumes prices are available and that there is adequate trading liquidity to be able to sell at those levels. This may hold for traditional investments such as stocks and bonds. But assets such as private equity are rarely traded or not tradable at all, necessitating the use of models or proxies instead.

Even for publicly traded assets, mark-to-market values may be less reliable than in the past. Over recent years, trading volumes have declined for most asset classes due to a reduction in dealer numbers, regulations that make it more expensive to hold trading inventory, and central bank intervention. Meanwhile, prices for smaller-cap shares, as well as many corporate and structured bonds, emerging- and frontier-market securities, and distressed debt may not be consistently available. These factors combined with the growth of large funds and the size of holdings mean that the ability to sell at quoted prices is questionable.

Model-based valuations are unsurprisingly sensitive to assumptions about key inputs that may not be easily verifiable. For example, values of private credit may be highly sensitive to presumed default rates and correlation between defaults. For private equity and infrastructure, the models rely on discounting future cash flows. These may be distorted by low rates and decreased risk premiums. The models typically require a residual value to be assigned to the asset at the end of the chosen projection period. Changes in assumptions about termination values can significantly influence model outputs, especially at the abnormally low interest rates that have prevailed since the global financial crisis — the result of central bank efforts to maintain asset prices and boost spending through the wealth effect.

Sometimes, known sales are used as proxies to establish or calibrate model values. These suffer from the problem of small sample sizes and a lack of exact correspondence to the asset being valued. Adjustments are necessarily subjective. Proxies are sometimes based on sales between funds that are related to each other. This increases the risk of manipulation or error.

All mark-to-market valuations assume the investor or fund can sell the underlying asset. Managers have considerable discretion and, as was the case in 2008, can impose “gate” provisions to prevent fund withdrawals. In a major downturn or under volatile conditions, investors in funds holding private assets are likely to face restrictions on redemption where the managers cannot liquidate holdings. In such conditions, the mark-to-market value won’t be realizable. It may change between the decision to sell and receipt of proceeds. Where the investment is overseas, the ability to repatriate funds can no longer be assumed in an era where globalization and the free movement of capital is under threat.

In addition to misstating wealth, valuation problems create several systemic issues. First, market-to-market values are asymmetric in nature. Unrealized gains that produce no cash require borrowing against the investment to finance consumption. This has been a factor in rising debt levels. If the mark-to-market value then falls, wealth is reduced but the borrowing must still be repaid. Where the asset value secures borrowings, unrealized losses may trigger margin calls, creating a liquidity squeeze and forced sales that further depress prices.

Second, incentive structures are skewed. Performance-based compensation encourages aggressive valuations that increase assets under management and generate higher fees for managers. This may not be fraudulent as there is ambiguity about the value of non-traded assets. As history shows, independent audits and assurance processes are no guarantee of accurate valuations.

Third, where assets are incorrectly valued, fund managers and administrators may misstate exit and entry prices. This creates potential transfers of wealth between investors. Where fund values are overstated, selling investors gain at the expense of new ones; and vice-versa when they are understated.

True value lies in the ability to turn investments into cash. The problem of mark-to-market, especially of private investment assets, is another known unknown of modern markets and finance. The risks frequently aren’t revealed until it’s too late.

Unfortunately, as investors may discover in the next downturn, one of the uses of financial crises is to expose what financiers overlooked, deliberately or accidentally, and what those responsible for oversight failed to find.