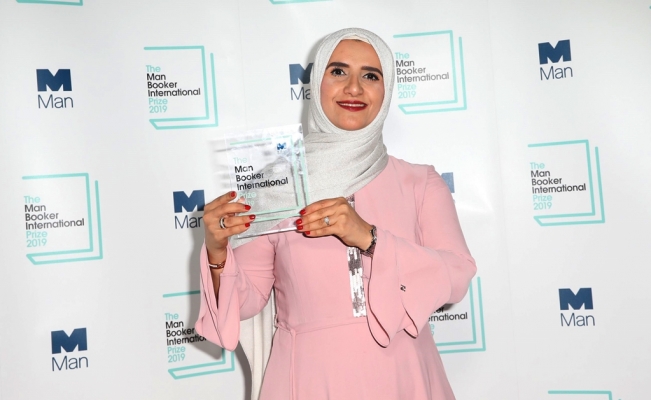 She is the first Arabic-language writer to win the Man Booker. It was quoted that she will split the 50,000 pounds with her translator, Marilyn Booth.

Celestial Bodies, is a coming of age novel involving three sisters from the village of Al-Awafi, Oman. The book chronicles the struggles of three generations of an Omani family as they try to deal with the social change.

The three sisters – Mayya, Asma, and Khawla – witness the transition of Oman from a conservative society to a relatively modern but complex one.

Bettany Hughes, historian and author, led the judging panel and described the ‘lyrical’ novel as ‘a book to win over the head and the heart in equal measure.’

In an onstage interview at the awards ceremony in London, Alharthi said, “It’s a sensitive subject…But I think literature is the best platform to discuss sensitive issues. And slavery is not exclusive to Oman — it’s part of human history.”

She said her victory meant “a window has been opened to Arabic literature.”

Jokha Alharthi has a PhD in Classical Arabic Poetry from the University of Edinburgh. She is currently a professor at the Sultan Qaboos University. Apart from Celestial Bodies, Jokha Alharthi has authored two collections of short fiction, three full-length novels in Arabic, and a children’s book.