In the last decade, oil experts, geologists, and policy makers alike have warned that a peak in oil production around the world was about to be reached and that global economic distress would result when this occurred. But it didn’t happen. The “Peak Oil” Scare and the Coming Oil Flood refutes the recent claims that world oil production is nearing a peak and threatening economic disaster by analyzing the methods used by the theory’s proponents. Author Michael C. Lynch, former researcher at Massachusetts Institute of Technology (MIT), debunks the “Peak Oil” crisis prediction and describes how the next few years will instead see large amounts of new supply that will bring oil prices down and boost the global economy. Lynch uncovers the facts behind the misleading news stories and media coverage on oil production as well as the analytic process that reveals the truth about the global oil supply. 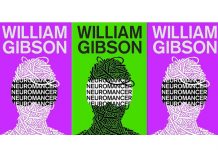