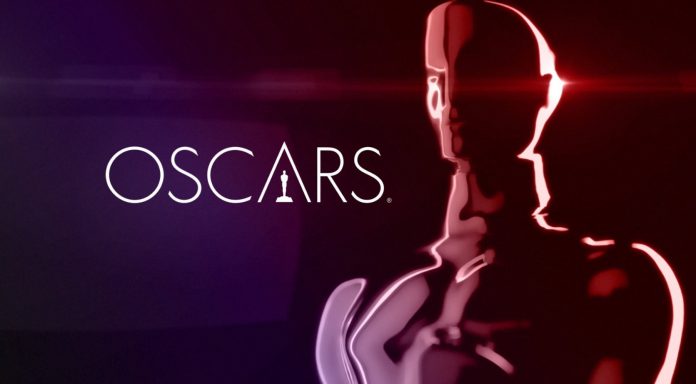 “Green Book,” Universal Pictures’ film about race relations in the U.S. South in the early 1960s, was crowned best picture of 2018, an upset win that dashed Netflix’s hopes that “Roma” would garner the streaming giant’s first top Oscar.

Alfonso Cuaron won the Academy Award for directing “Roma,” his Spanish-language look at family and class in Mexico. The movie won three awards and still gave Netflix some bragging rights, even if it wasn’t for best picture, after a costly Oscar campaign for the film.

Olivia Colman won the Academy Award for best actress for her portrayal of Queen Anne in the Fox Searchlight film “The Favourite,” a big upset for the category.

“Oh it’s genuinely quite stressful,” Colman said from the stage at the Dolby Theatre in Los Angeles. She called out the work of her two co-stars, Emma Stone and Rachel Weisz, whose characters vie for their queen’s favor in the picture.

The success of the film, about an immigrant, gay man living his life unapologetically, is “proof that we are longing for stories like this,” Malek said from the stage.

“Spider-Man: Into the Spider-Verse” won the Academy Award for best-animated feature, grabbing an Oscar for Sony Pictures and adding to the pile of awards amassed Sunday by Walt Disney’s Marvel Entertainment, which also garnered statuettes for “Black Panther.”

“Black Panther” and its staff grabbed early Oscars for costume and production design. Production co-designer Hannah Beachler became the first African-American ever to win that award, while Ruth Carter’s win for costumes was also a first.

“Roma” and its director Alfonso Cuarón netted two early awards for best cinematography and best foreign-language film, giving Netflix a couple of wins. The Spanish-language black-and-white movie looks at class in Mexico through the life of a domestic servant.

Cuarón sent word to the pressroom that he wouldn’t be appearing backstage for questions until later, when the results are in for his bids for best director and best original screenplay. “Roma” is one of eight movies up for best picture.

Many of the early awards went to African-Americans, showing Hollywood is getting the message after excluding minority groups from key roles and jobs for years. The winners included best supporting actress for Regina King, for her role in “If Beale Street Could Talk,” Mahershala Ali for his portrayal of virtuoso musician Dr. Don Shirley, and costume and production-design Oscars for “Black Panther.”

“Thank you for honoring African royalty and the empowered way women can look and lead onscreen,” Ruth Carter, who won for costume design, said from the stage.

Key figures in the industry have gone so far as to demand “inclusion riders” in contracts, pressing studios and producers to give women and minorities a better shot at major acting and behind-the-scenes roles.

The Oscars were also the first for a film from Disney’s Marvel cinematic universe.

Regina King won the first big award of the night for her supporting role in “If Beale Street Could Talk,” in which she plays a mother working tirelessly to free her innocent son from prison. The film is the first English-language adaptation of a James Baldwin work for the big screen.

“To be standing here, representing one of the greatest artists of our time, James Baldwin, is a little surreal,” King said from the podium.

“Black Panther,” a best-picture nominee, garnered its first Oscars of the night, winning for costume design and drawing a thundering ovation from the audience. It also won for production design, giving co-designer Hannah Beachler the first-ever such award for an African-American.

The Oscars kicked off with a tribute to Freddie Mercury, with rock group Queen performing with Adam Lambert as frontman. “Bohemian Rhapsody,” a biopic about the late, great rocker, is one of eight pictures vying for best picture, though none of the band’s music is nominated.

The Oscar producers ended up without a host after choosing comedian and actor Kevin Hart, who was forced to step down over a backlash against old jokes judged homophobic. The last time the show went without a host was in 1989. That telecast was panned and Walt Disney Co. filed a copyright infringement lawsuit after an actor dressed as a Snow White image performed a duet with Rob Lowe, without clearance, according to Variety.

The first hostless Oscars in 30 years got underway in Los Angeles, with Netflix Inc. threatening to upend decades of tradition by becoming the first streaming company to snare Hollywood’s most-coveted award with its best-picture nominee “Roma.”

Seven other nominees stand in its way, many tackling social issues. “Green Book” and “BlacKkKlansman” explore U.S. race relations, while films about Queen frontman Freddie Mercury and Queen Anne deal with sexual orientation. “Black Panther” is the first superhero movie with an African-American in the lead role, while “A Star Is Born” retells a Hollywood classic. “Vice” looks at the life of Vice President Dick Cheney.

The following is the complete list of Oscar winners from Sunday night’s 91st Academy Awards ceremony at the Dolby Theatre in Hollywood. 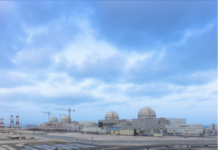 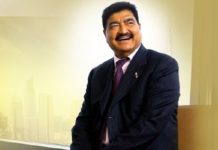