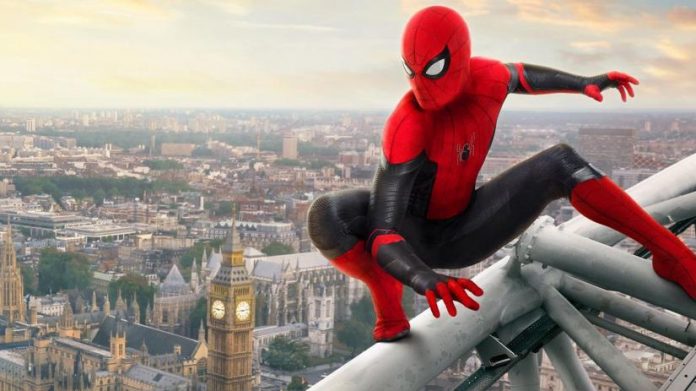 (Bloomberg) — Spider-Man swung into theaters this weekend, delivering a jolt to Sony Pictures Entertainment and the slumping box office.

The second in a new series on the teen superhero and his alter-ego Peter Parker, “Spider-Man: Far From Home” opened July 2 in North America and led the box office with weekend sales of $93.6 million, Comscore Inc. estimated Sunday. That compared with analysts’ forecasts of as much as $97.4 million for Friday to Sunday.

The film will almost surely be among Sony’s biggest of 2019, lift the studio from fifth place at the box office and bolster a turnaround under new entertainment chief Tony Vinciquerra. Yet unlike Walt Disney Co. and Warner Bros., Sony doesn’t have a stable of A-list heroes beyond Spider-Man to drive ticket sales. It’s releasing an industry-leading 28 movies this year, many adult-oriented, and positioning itself to feed streaming companies like Netflix Inc., while rivals launch their own online services.

“Vinciquerra has done an amazing job, reducing the cost structure, streamlining operations, and focusing on the TV side to being a real supplier across the streaming universe,” said Rich Greenfield, an analyst at BTIG LLC. Under film division Co-Chairman Tom Rothman, also a former Fox executive, the movie business has returned to profit as well.

After disappointments with previous “Spider-Man” films, the studio began working a few years ago with Kevin Feige, architect of Marvel’s movie successes, who has woven the story into Avengers tale that has dominated the box office. “Far From Home” begins after events of “Avengers: Endgame,” which is concluding its theatrical run.

Box Office Pro forecasts $405 million for the film’s full domestic run, which would be tops for all “Spider-Man” movies.

“Far From Home” is one of several revamps that have succeeded under new management, which came in after parent Sony Corp. fought off billionaire Dan Loeb’s efforts to break up the company. A “Spider-Man” spinoff, “Venom,” brought in $855 million in ticket sales worldwide, while an animated feature delivered $375.5 million. The studio’s reboot of “Jumanji” in 2017 generated $962.1 million in global sales.

But Sony’s slate also includes a diverse array of fare beyond the sequels, reboots and reimaginings that mark many studios’ offerings these days. In November, the company releases “A Beautiful Day in the Neighborhood,” featuring Tom Hanks as the children’s public-television star Fred Rogers.

Later this month, the studio has Quentin Tarantino’s highly anticipated “Once Upon a Time … in Hollywood,” with Leonardo DiCaprio and Brad Pitt. Another “Jumanji” installment is due out later this year, along with a new “Charlie’s Angels” feature.

Theater operators could use the help. As of last weekend, domestic box-office sales were down almost 10% year to date, held back by several underperforming sequels and reboots, including a new “Godzilla” from Warner Bros. and and slow-selling “Men in Black International” from Sony.

The bigger question is how Sony, among the other smaller studios, will fare in coming years as Disney, AT&T Inc. and Comcast Corp. invest billions in exclusive content for their own streaming services.

Sony has signed top producers such as Phil Lord and Chris Miller, the visionary creators of “The Lego Movie” and Oscar-winning “Spider-Man: Into the Spider-Verse,” to create live-action and animated series. Howard Gordon and Alex Gansa, who created “Homeland” and helped produce “24,” are also under contract.

Sony has told investors it’s increasing production of shows for streaming, like “The Crown” and “Sneaky Pete.” Cable shows such as “Better Call Saul,” “Shark Tank” continue to draw viewers, and the studio recently found a new home for “One Day at a Time” after it was canceled by Netflix.

Greenfield describes the turnaround at Sony as “dramatic.” Since 2014, when North Korean hackers crippled the studio’s computers, Tokyo-based Sony Corp. has replaced top management and written down its movie business.

Operating margins for Sony Pictures rose to 6% in 2019 from 4.1% in fiscal 2017, and the company predicts 7% by 2021. The studio has also reduced its risk in film by bringing in co-finance partners like Tencent Holdings Ltd. and Perfect World Co.

Sony Chief Executive Officer Kenichiro Yoshida remains committed to entertainment, saying in May that management has delivered $135 million in annual cost savings. The company also revealed an initiative to turn video games into movies. Its PlayStation gaming platform is a powerful tool for distributing movies, shows and music directly to consumers.

But lack of scale remains a big problem for the smaller studios operating in the shadow of Disney, Comcast’s NBCUniversal and AT&T’s Time Warner businesses.

“Standing still is not an option, you are either a buyer or a seller,” said Greenfield.