(Bloomberg) — When Krish Himmatramka was working as an engineer in the oil industry, he would spend his spare time in his trailer in northern Louisiana scouring the internet for the perfect engagement ring for his girlfriend. But he struggled to find one that was ethically and sustainably produced.

After researching the jewelry industry, he decided to quit his job and start the brand Do Amore, which means “I give with love” in Latin. His girlfriend’s ring—structured with recycled rose gold and an oval diamond from Botswana—was one of the first Do Amore created.

Himmatramka’s rings have an average price of about $3,000 and can be made using natural diamonds or lab-grown ones such as moissanite, an alternative in the crystal family. But what really sets the rings apart, he says, is that proceeds from the purchase of each one contribute to providing water to an underserved area. The company has given almost 8,900 people access to clean water through 25 wells built in Bangladesh, Ethiopia, Haiti, India, and Nepal.

Consumers insisting that their diamonds be conflict-free or ethically mined and sold is nothing new. But brands including Do Amore, Vrai, Brilliant Earth, and Clean Origin feel the need to go further, touting minimal carbon emissions and the use of recycled gold and platinum to appeal to the millennial and Gen Z clients that care about combating climate change.

Three-quarters of millennials say they’d alter their buying habits because of environmental concerns, according to a report from Jefferies Financial Group Inc., while 34% of baby boomers would do the same. But millennials and Gen Z will account for an estimated four-fifths of luxury industry growth in the coming years—and companies are responding.

“Shoppers today really talk about voting with their wallets,” says Kegan Fisher, co-founder of jewelry service Frank Darling. “As I look more to startup brands and new companies that are forming, everyone is thinking about that from the get-go, not as an add-on.”

The toll that producing sparkly gems takes on the environment often goes largely unnoticed, but customers are waking up to the reality that beautiful jewelry often has an ugly side. Each metric ton of gold produced last year was responsible for 32,689 metric tons of carbon dioxide emissions, according to the World Gold Council. That’s the same amount as burning about 36 million pounds of coal.

A report released in May by Trucost for the Diamond Producers Association found that diamond mining by its members, including Alrosa, De Beers Group, and Rio Tinto, produced 160kg of carbon dioxide per polished carat in 2016. By comparison, the production of a 13-inch Apple MacBook Air contributes 136kg of carbon, according to the report.

The rings from Do Amore are made from recycled gold, palladium, and platinum and are displayed in ring boxes made from jarrah wood, which is grown in forests in New Zealand and Australia through an operations that preserves the biodiversity and soil quality of the local ecosystem.

The company has also signed the No Dirty Gold campaign, which supports groups working to end water and land pollution from gold mining practices.

Do Amore’s prices start at about $800, but the customization options mean they can go for as much as $400,000. The natural diamonds come from Canada, Botswana, South Africa, Namibia, and Russia, while the lab-grown ones are made in the U.S. and India.

An infographic on the company’s website lets customers see exactly which countries they source materials from. For instance, sapphires come from Montana, Sri Lanka, and Thailand.

Efforts to curb the diamond industry’s negative impact are a labor of love for Frank Darling. After years working in 3D printing in the tech industry, Fisher, 34, and her partner Jeff Smith, 38, noticed the lack of transparency and sustainability within diamond jewelry brands.

About a year ago, they launched Frank Darling, with the name inspired by their desire to be “frank” yet offer “darling” gems. Featured prominently in their lineup are lab-grown diamonds that are made using renewable energy from San Francisco-based producer Diamond Foundry. Currently the world’s only zero-carbon-footprint diamond producer, Diamond Foundry has created stones worn by celebrities such as Reese Witherspoon and Laura Dern. The foundry is powered by Washington state’s Columbia River with no emissions or water pollution.

On Frank Darling’s website, interested buyers can take a quiz to receive a free sketch of their dream ring. They can choose from a selection featuring cuts like pear, asscher, and marquise in settings such as halo, solitaire, and eternity band. Prices start at about $1,000 for an engagement ring and increase with the level of customization.

Frank Darling also sells recycled natural diamonds and works with customers who have heirloom stones and want to repurpose them. They’ve even combined antique diamonds with lab-grown gems into a single piece. In addition, the company is committed to using recycled gold whenever possible.

“Gold mining is often overshadowed by diamond mining, but it’s really disruptive to the environment, and there’s no reason we need to be mining new gold,” Fisher says.

The company allows customers to try on mock-ups of their products at home using sterling silver replica rings with 1-carat cubic zirconia stones, which are then sent back to Frank Darling using recycled packaging. All products are made on-demand to prevent waste from excess inventory.

For Ken Leung, founder of Ken & Dana Design, there was never a question that his operation wouldn’t be eco-friendly. He’s fulfilling the goal by using recycled metals for his engagement rings, offering a wide selection of lab-grown diamonds, and reusing packaging. Leung’s family has been in the jewelry business since the 1970s, and he branched out on his own in 2009 with a line that’s been worn by Beyoncé, Rashida Jones, and Rachel Ray.

A portion of the sale of every engagement ring is donated to Global Witness, an organization that works to break the links between natural resource exploitation, conflict, poverty, corruption, and human-rights abuses. “It seems kind of intuitive. I don’t see myself as doing something that different,” he says about creating rings that give back. “It’s just our duty to do it.”

This sustainability shift could also benefit businesses’ bottom lines. A survey by First Insight Inc. found that 73% of those surveyed would pay more for sustainable items, with the majority willing to pay a 10% price premium.

Young consumers “want sustainable products, they want green companies,” says Gabriella Santaniello, chief executive officer and founder of Aline Partners, a retail research firm. “We see that across the apparel and footwear and other sectors, so it’s not surprising they would want sustainable engagement rings.”

Himmatramka hopes that others looking toward a marriage proposal will take the opportunity to support the Earth in the process. “I realized I wanted to propose with a ring that didn’t just not hurt the world, it helped the world,” he says. 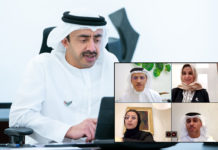 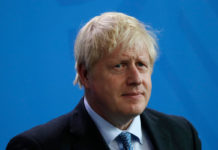