(Bloomberg) – First-class and suite upgrades. Club-lounge entry. Access to priority services. The perks of elite status are harder and harder to come by as airlines and hotels continue to evolve their loyalty programs.

Many airlines have instituted both flight and spending requirements that can annually top 125,000 miles and $15,000 in airfare purchases. Likewise, several major hotel loyalty programs have implemented more stringent stay requirements to reach the highest strata of status, thinning the ranks of elites even further.

However, just because it seems more difficult does not mean it actually is. In fact, it might be easier than ever to achieve a lofty level of status, thanks to unique partnerships among airlines, hotels, and credit cards—and knowledge of the right strategies to use them to advantage. Here’s how.

Frequent travelers can leverage elite status they already earn with a hotel or airline into elite status with its partner, all with little or no additional effort.

One of the newest of these affiliations is between American Airlines and Hyatt. Now travelers who have elite status with either the airline or the hotel can earn frequent-flier miles and hotel points on both flights and stays.

“As we talked to our elite members in particular, the ability to earn points when flying and miles when staying, in addition to the respective program benefits, was something that we heard loud and clear,” says Amy Weinberg, World of Hyatt senior vice president. “The new partnership is a way to offer more rewards throughout the travel journey.”

Hyatt elites at the mid- and top-range Explorist and Globalist levels are also being offered 90-day grace periods of American Airlines AAdvantage elite status, plus the chance to extend this status through January 2021 by completing “challenges.” These deals involve flying a certain number of miles or segments and spending a predetermined amount of money on airfare within 90 days, rather than having to complete the normal requirements over the course of a calendar year.

AAdvantage’s invitation-only ConciergeKey elites are being offered outright Globalist Hyatt status, which comes with benefits such as free breakfast during stays, club-lounge access, points bonuses, and dedicated customer service. AAdvantage elites at other levels have been extended trial periods of Hyatt status and offers to earn ongoing status, based on stay activity within a 90-day period.

RewardsPlus is a similar link-up between Marriott Bonvoy and United MileagePlus. The hotel program’s Titanium and Ambassador elites receive automatic United Premier Silver status, the airline’s lowest level, which is usually achieved by flying 25,000 miles or 30 segments and spending $3,000 on airfare in a year; perks include free checked bags, seven miles per dollar earned on airfare instead of the normal five, priority service at the airport, and access to Economy Plus seating at check-in. United elites with Premier Gold status or higher, meanwhile, enjoy complimentary Marriot Gold elite status. That usually requires staying 25 nights in a year, and includes such benefits as a decent shot at room upgrades and check-in points bonuses.

These days, most hotel credit cards grant at least a basic level of elite status to those who simply carry a specific product in their wallets.

For example, instead of having to stay 10 nights or more each year, folks with the World of Hyatt credit card ($95 annual fee) receive entry-level Discoverist status in that program. The IHG Rewards Club Premier credit card ($89 annual fee) confers mid-tier Platinum status without the need to stay 40 nights in IHG properties each year.

The Marriott Bonvoy Boundless credit card from Chase ($95 annual fee) and the Marriott Bonvoy Brilliant from American Express ($450 annual fee) both include automatic Gold status. Those with the Brilliant version can also climb up to Platinum status (normally achieved by hitting 50-plus nights each year) by spending $75,000 or more on the card in a calendar year.

With the launch of a new range of credit cards in 2018, Hilton even began offering its top-tier Diamond status as a benefit of the $450-per-year Hilton Honors American Express Aspire Card. It’s the only hotel credit card at the moment to offer top-tier status automatically. However, folks with the Hilton Honors American Express Ascend, whose annual fee is a mere $95, can spend their way up from automatic gold status to diamond by making $40,000 or more in purchases in a calendar year. Diamond status usually requires 30 stays or 60 nights a year and confers perks such as a 100% earning bonus on Hilton purchases (for 20 points per dollar vs. the normal 10), complimentary breakfast at all hotels, executive lounge access, and the chance to give elite status to another Hilton Honors member.

When it comes to airlines, the credit-card elite-status formula depends more on spending.

For example, Delta fields two cards that allow consumers to earn Medallion-Qualification Miles (MQMs), which count toward elite status, through both sign-up bonuses and everyday spending. The Platinum Delta SkyMiles American Express card ($195 annual fee) has offered as many as 10,000 MQMs, along with SkyMiles (miles you can use for award tickets), as part of its sign-up bonus. Cardholders can rack up an additional 20,000 MQMs by spending $50,000 on the card in a calendar year. The relatively more premium Delta Reserve card ($450 annual fee), which gets cardholders into Delta Sky Clubs when flying the airline, has offered sign-up bonuses that include up to 10,000 MQMs, along with bonus SkyMiles. Cardholders can earn as many as an additional 30,000 MQMs by spending up to $60,000 in a calendar year.

The Citi/AAdvantage Executive World Elite Mastercard ($450 annual fee) includes perks such as Admirals Club membership for lounge access at the airport. However, its most valuable benefit, for some, might be the opportunity to earn 10,000 elite-qualifying miles after spending $40,000 in purchases each year—just the bump certain fliers need to hit the next level of status.

JetBlue Plus cardholders ($99 annual fee), meanwhile, can attain the airline’s Mosaic status for a year after they spend at least $50,000 on purchases annually. Mosaic status typically requires earning 15,000 flight points (equivalent to spending $5,000 on airfare), or flying 30 segments and earning 12,000 flight points within a calendar year. Mosaic benefits include waived change and cancellation fees, additional bonus points for airfare purchases, priority treatment at the airport, and the opportunity to redeem points for Even More Space seats at a discount.

Apart from airline or hotel-specific credit cards, the product with perhaps the most lucrative elite-status potential is the Platinum Card from American Express. Cardmembers can enroll for automatic Gold status with both Marriott Bonvoy and Hilton Honors. That makes the Platinum Card an especially attractive prospect for premium travelers (its annual fee is $550, after all) who want to split their loyalty between two of the biggest chains in the world, without having to commit to one program or the other.

The FoundersCard, meanwhile, is a membership club with around 30,000 members, rather than a credit card. Designed for entrepreneurs who travel frequently, its benefits evolve over the course of each year and have included Hilton Honors Gold status, Caesars Total Rewards Diamond status, and a trial period of Marriott Gold status in the past, as well as outright Silver status with Cathay Pacific. Joining up costs $95, and the annual membership fee is $595, though discounts are easy to find online or through individual member referrals. Further benefits may include deals on certain airline partners such as British Airways and JetBlue, as well as on rentals from Silvercar and purchases at AT&T Wireless and UPS.

Just as you earn frequent-flier miles when on a business trip, businesses can also earn different types of points, based on spending with American Airlines, Delta, and United—points that can be redeemed for elite status, club passes, award flights, and upgrades for employees.

Hotel chains also reward travel planners who book meetings at their properties. For instance, through Hyatt’s Meeting & Events program, members who book 3, 10, or 20 meetings can earn Discoverist, Explorist, or Globalist status, respectively. With IHG Business Rewards, bookers can earn three points per dollar spent on accommodations, meetings, and events for participants. That means they can earn the program’s top-level Spire Elite status by spending just $25,000 on events.

Corporate travel planners and departments often do sufficient business with specific airlines and hotels that they are given complimentary elite statuses to bestow upon company employees. While these are typically reserved for senior executives or frequent travelers, employees can always check with company travel departments to determine whether they might be able to claim an unassigned status. 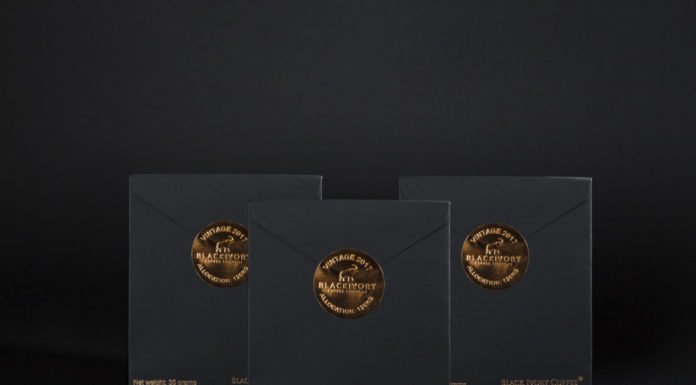