(Bloomberg) –Yum! Brands Inc., the owner of Taco Bell, Pizza Hut and KFC, is adding hamburgers to its lineup with a $375 million deal to buy Habit Restaurants Inc.

Yum announced Monday an agreement to acquire Irvine, California-based Habit, which sells chargrilled burgers, ahi tuna sandwiches and milkshakes from about 300 locations, mostly company owned, in the U.S. and China.

The acquisition is expected to close by the end of the second quarter. Habit Burger will remain in Irvine with current Chief Executive Officer Russell Bendel staying on and reporting to Yum CEO David Gibbs. Bendel said recently that Habit had expanded its presence in China to seven locations and has seen interest from other potential international franchisees. The chain is also opening restaurants in Cambodia.

“There seems to be a lot of appeal of the concept in Asia,” Gibbs said in an interview. “China is a good opportunity. They already have a good start there.”

Yum spun off its China division, Yum China Holdings Inc., in 2016 and the operator is one of the nation’s largest restaurant companies.

The deal, which will be financed with cash and available credit, also reflects the increasingly crowded U.S. restaurant market. The fast-casual format continues to grow in appeal as fast-food chains vie for customers with steep discounts, and higher labor costs compress profit margins. Yum sees Habit growing mostly with franchising, Gibbs said, and will tap into its existing franchisee base to open new stores.

Yum has shown willingness to buy and invest in other companies in recent years: It purchased a stake in delivery specialist Grubhub Inc. in 2018 and acquired QuickOrder, which makes software for online ordering.

While Habit is dwarfed by Yum’s other brands, there are benefits to buying a smaller chain, Sanford C. Bernstein analyst Sara Senatore said in a note.

“Yum has been intimating that it would be receptive to an acquisition,” she said. “We believe starting small is appropriate to mitigate risk and prove out the company’s ability to successfully integrate and grow a concept.” 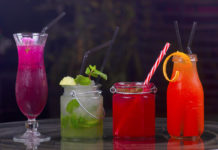 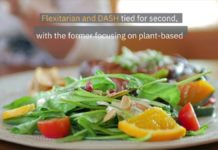 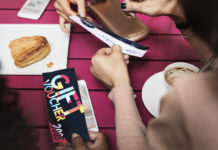 Let Them Eat Cake? Restaurant Coupons to Fight Next Recession