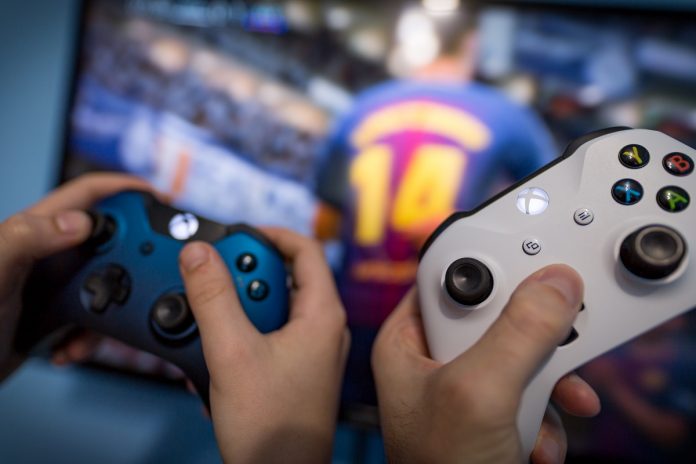 (Bloomberg) — Microsoft Corp. said its next generation Xbox console will be four times more powerful than the current Xbox One X, thanks to an AMD processor that allows for 120 frames per second.

Code named Project Scarlett, the device will reduce latency when loading games. It will be released in time for Christmas 2020 with a new version of Halo, the company’s popular shooting title.

Microsoft also said its xCloud streaming platform, which lets customers play their games anywhere by storing them in the cloud, will debut in October.

The company made the announcements at an event in Los Angeles ahead of E3, the video game industry’s big trade show that opens Tuesday. The news underscored Microsoft’s commitment to a new generation of hardware even as it introduces new ways for consumers to stream games onto multiple devices.

Microsoft also got a jump on Sony Corp., which skipped this year’s show for the first time, presumably to make announcements about its own next generation console at a later date. Sony’s PlayStation 4 has been the top seller among the current generation of gaming devices.

“They aren’t losing the narrative for next gen consoles to Sony and it builds their hybrid gaming future,” said Matthew Kanterman, a video game analyst with Bloomberg Intelligence, said of Microsoft’s announcement.

Microsoft is facing new competition in gaming as technology companies move in with Internet-based streaming services. Alphabet Inc.’s Google is starting a $10 a month service called Stadia in November. Microsoft is trying to broaden its appeal to all kinds of gamers, including those using a personal computer.

The current generation, Xbox One, went on sale in 2013 and initially received tepid interest as the company put a premium price tag on a device meant to focus on a wider entertainment experience, turning off core gamers. After a price cut and a pivot back to its traditional audience, sales recovered somewhat after that but never came close to catching Sony’s rival PlayStation 4 in total sales.

Microsoft showed off 60 new games at the event and announced a new subscription service, Xbox Game Pass Ultimate, which allows fans to play console, PC and online multiplayer games for a monthly fee of $15.