(Bloomberg Opinion) — Like many genetic tests, a new one that uses several million genes to “predict” obesity is unlikely to do anyone’s health any good, and might do harm. The news of the finding, published in the journal Cell, looked like a good piece of science, with the potential to improve scientists’ understanding of why people exposed to the same or similar diets end up at very different weights. There’s also an important message to society – that obesity isn’t a failure of willpower. Some people have to struggle much harder than others to maintain a healthy weight.

The worrisome part was the suggestion – made by the tests’ inventors in numerous news stories – that this could be used to screen kids. Detecting health problems before they start a major selling point for consumer genetics. But people may not recognize how inaccurate this test can be. In screening 300,000 people, the researchers found that only 43% those in the 90th percentile of obesity risk were actually obese, which is even less impressive considering that 40% of all Americans are obese.

And more problematic for potential consumers, 17% of those with the highest risk scores weren’t obese or even overweight. Those thin people who score in the 90th percentile might not be genetically susceptible after all, the discrepancy is a reflection of the imperfection of the test. Or they might be eating a diet that counteracts their predisposition. Or if they’re still kids, it might mean obesity is in their future. It’s hard to tell.

So what will happen if parents or doctors start telling kids they are “pre-obese”? There’s already a problem with kids and young teens dieting – especially girls. Many think they’re fat when they are in fact healthy. Researchers have found, not too surprisingly, that young girls do damage to their bodies through excessive dieting. Some might even develop eating disorders, which can kill people a lot earlier in life than obesity ever would have. So there’s significant potential to do harm.

And then there’s the question of what to do about it if a child gets a high risk score. Right now there’s concern that pushing low-fat diets might have made people even fatter. Low-carbohydrate diets are in style, but are they good for young kids? The American Academy of Pediatrics and a number of experts recommend that overweight kids eat healthy – not starve themselves. But that’s no different from what skinny kids should be doing.

We already know from twin studies that obesity is partly genetic; it runs in families. We know it’s partly environmental, because obesity in the U.S. and many other countries has skyrocketed in recent decades along with changes in exercise patterns, eating habits and a host of other things.

And so it’s a stretch to assume that a genetic test of this sort can predict whether any given person is going to become obese. Kenneth Weiss, a geneticist at Penn State University, said that the problem with using these sorts of complex combinations of genes to predict the future is that the environment can change in unpredictable ways. Obesity was relatively uncommon in many populations only a few decades ago, and then it became an epidemic. Who knows if the environment will change again in the next few decades.

Different environments can not only temper the effects of genes but even reverse them. Take the set of genes called ApoE-2, ApoE-3 and ApoE-4. People carry two copies of ApoE, which can be any combination of the three types, and ApoE-4 drastically raises the risk for Alzheimer’s disease.

But that very same form of the gene looks to be beneficial in the Tsimane people – a hunter-gatherer group in South America. There, the “bad” version of the gene is associated with improved cognitive performance and not with any form of dementia.

Some experts interviewed after the obesity study worried that a genetic test for obesity would cause people to “give up,” assuming their weight was genetically determined. But give up what? Low-calorie dieting and self-starvation are not proven, permanent solutions. We might all be better off if we “gave up” dieting.

Scientists are the ones who should be pushed not to give up. They still need to figure out how to help obese people lose weight permanently, and they need to admit that what experts told people in the past was wrong. 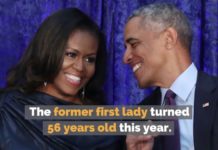 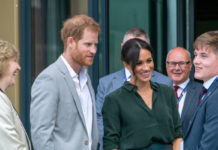 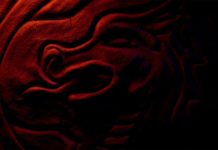