The wait is over for all the Black Widow fans and MCU lovers. The first set photos Scarlett Johansson-starrer movie have just been revealed. With this, it’s also confirmed that the shooting for the next MCU flick has also begun!

The female S.H.I.E.LD spy agent actress can be seen in Ørsta, Norway, according to the photos. Perhaps it is the location for the movie’s current shooting phase.

Although, it can’t be officially said that the actress being caught up in the pictures is Johansson herself. But the photo matches her look, and thus, it’s indeed her, certainly. The pictures also show signs for ‘Blue Bayou’, the working title for the film.

Theory: The film takes place between Infinity War and Endgame, and features Nat training a new Black Widow (Yelena Belova, perhaps?) who will factor into future movies. Flashbacks to Nat’s past will be sprinkled throughout the film as well. pic.twitter.com/mFNhY3EBD5

And adding to this, Sunnmørsposten, a local Norwegian newspaper has also confirmed with several sources. That the Black Widow movie is supposed to be filming in that location.

Well, yes, it’s very early to say that the shooting has begun. Because as per previous reports, the principal photography was supposed to start in June. With the majority of the film being shot in Pinewood Studios campus in the United Kingdom.

Talking about the Black Widow movie itself, then as per the latest reports, it will take place after Captain America: Civil War. And thus, it seems like that it will be a sequel telling the story of Natasha Romanoff.

During a recent media interaction, Avengers: Endgame writers, Christopher Marcus and Stephen McFeely, were asked about this solo film. That how did they write Natasha’s fate despite knowing about her upcoming solo movie? To this, they replied that previously, they weren’t fully aware of the project on Black Widow movie.

“We weren’t fully aware of [the Black Widow movie], but, even when that became clearer that it was one of the things that they were intending to do, no one told us not to do what we were doing,” Markus told Comicbook.com.

“Right, and that’s function of her arc, right? Her finally finding a purpose, a family, and being willing to sacrifice everything for that family. I think of her as perhaps the strongest person in the whole movie. She’s the woman on the wall in the five years. And even when Captain America has doubts, and remember he says to her, ‘Maybe we don’t need to be doing this.’ She does not share that opinion,” added McFeely.

Black Widow’s full details are yet to be announced by Marvel Studios.

What do you think about this solo movie? Will it be a sequel or a prequel?

Drop your reactions and thoughts in the comments section below. 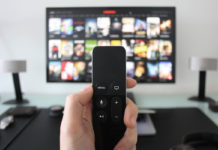 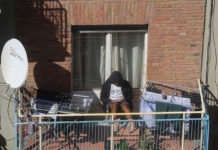 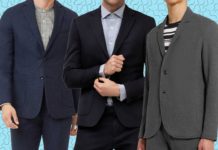