(Bloomberg) — A French man has successfully crossed the English Channel on a fly board, 10 days after his first attempt failed. Franky Zapata, 40, left Sangatte on the Northern coast of France at 8:17 a.m. local time on Sunday and landed 22 minutes later at St Margaret’s Bay in Kent, England.

The Marseillais crossed the 35 kilometers (22 miles) thanks to a tiny flying board propelled by five mini turbo-jet engines.

“We didn’t give up,” a tearful Zapata said during a press conference in Bleriot-Plage after the crossing. “The harder the job is, the more beautiful the victory is. Nobody in the team will forget this moment.”

Zapata traveled at a speed of about 160-to-170 kilometers an hour during most of the crossing, he said. His first attempt 10 days ago failed after his board hit a platform of the refueling boat.

Zapata is a former world and European jet ski champion. Last month, the inventor took part in the Bastille Day celebrations and showcased his invention by soaring in the Parisian skies as President Emmanuel Macron looked on.

The 26.1-kilogram board Zapata designed to cross the Channel is “100% French,” and has a maximum tested speed of 202 kilometers an hour, the inventor said, adding that he had no plans to commercialize it yet. Its “twin brother” called the “Easy Fly,” which has attracted the attention of armed forces worldwide, costs an estimated 250,000 euros ($277,700), he said.

Zapata received sponsorship help from Zenith Watches and Acer Computer International for the challenge, he said. 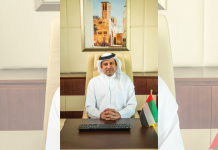