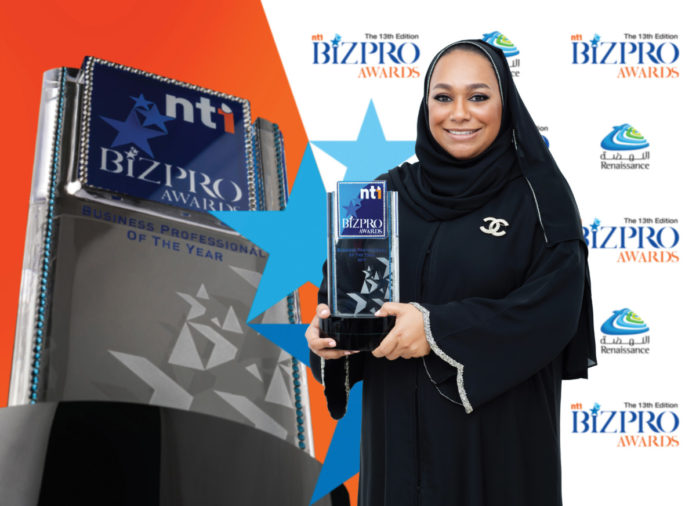 It never occurred to Abeer Al Sheibani, winner of this year’s NTI BizPro Awards, that there existed a shortcut to success. She firmly believes that with an abiding sense of self-confidence, firm belief in one’s strengths, a burning curiosity to learn new things as well as relentless dedication and perseverance, one can navigate any challenging terrain in one’s profession and life.

She never gave up but always looked up to successful individuals; interacted with them and tried to imbibe from them whatever could add to her personality and professional acumen. “I kept on seeking for self-improvement by constantly asking for feedback and raising the bar for myself over and over. As humans, we all have certain weaknesses; but we have to know what they are, in order to work on them and convert them into strengths,” she says.

Abeer joined Ooredoo (erstwhile Nawras) in 2010, after completing her graduation in Telecommunications Engineering from Caledonian College of Engineering. She was amongst the 33 successful candidates who were chosen to join the company out of 100 applicants after a two-day long intense assessment, as part of the company’s graduate programme “Ruwaad Al Nawras”. After a six-month long job rotation and familiarising with all technology departments, Abeer started off her career as a service delivery engineer. Four years later, she was promoted as manager – business services performance. The next two years saw her heavily involved in the FTTx programme until she was appointed as senior manager –FTTx service delivery.

Be the best version of yourself

Abeer says she is indebted to her brother for her success in both professional and personal life. “He is very passionate about his job and is always on the hook,” she says. “I learnt a lot from him and he encouraged me to push myself and to be the best version of myself. He always shared his challenges with me, but always had an eye to the bright side of any situation.”

But Abeer’s role model is her manager at Ooredoo who helped her unleash her potential and sale new heights in her career ladder. “I learnt from him something in almost every single day; and he allowed me to do mistakes and learn from them. I look up to him because he is a great leader who never gives up. He always supports me and is a wing to lean on.”

During the last nine years in Ooredoo, Abeer learnt to navigate through different departments, stakeholders and personalities. She did never restrict herself within the assigned task in her department, but stepped out of the comfort zone to learn new things from other departments. This helped her to get a broader picture and align the goals of her departments with those of the company. “Ooredoo has taught me to be sort of a politician who will always be wary of the challenges posed by others. It taught me to be passionate and know clearly what I’m doing and dedicate myself fully to it”.

Abeer calls her experience with NTI BizPro 2019 challenging, exciting and interesting. “The assessments were not easy at all. I still can’t believe I made it through. I learnt that there’s a lot more in me than I thought. I learnt more things about myself and explored some hidden talents that I wish one day I could capitalise on. BizPro is just the beginning. I have challenged myself to win it. Now that I have won the BizPro awards, I believe it’s a huge responsibility and I have to do better so that I can stand up for what I have earned and inspire others. I believe the whole experience has made me more cognizant of giving back to the society and I look forward to contributing to build future leaders.”

Abeer advises young Omanis who are looking to embark upon a career to follow their passion and not to give up. She says they need to have a positive attitude and a strong belief in their capabilities so that no one will put them down. Abeer requests them to find a mentor/coach who would guide, support and believe in them. “Every day is a school day and you have to hold on to the opportunities and take a leap of faith. Be your own critique and do not settle for less. There’s a quote I always have in my mind, ‘Work hard till you do not have to introduce yourself’.”

Abeer is well determined to continue her pursuit of excellence unabated. She aspires to grow herself and become one of the most influential leaders in Oman. In the future, she is looking to occupy a strategic position where she could lead and contribute in building the future generation. 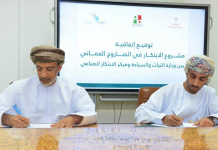 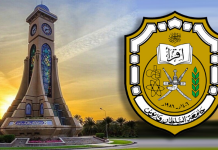