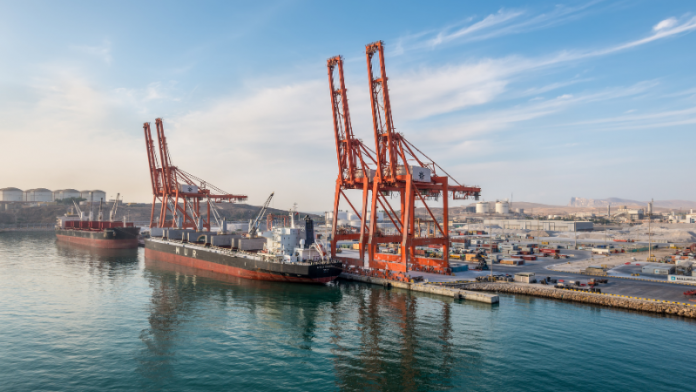 Muscat: From leisure tourism to manufacturing plants and a strategically located port. Business Live Middle East reports on how the Governorate of Dhofar is turning into an economic powerhouse in the region.

Picture lush green mountains, tranquil streams of water and fauna to match, and monsoon (Khareef) rains in the Sultanate. It’s hard to not hark back to the serene atmosphere etched deep in our minds by Salalah –  a city within the southern Governorate of Dhofar.

However, set aside its facsimile and you’ll find a region chock-full of potential for investors in sectors ranging from agriculture, tourism, and even manufacturing.

This was brought to light during the ‘Dhofar – The Future Roadmap’ webinar hosted by the Oman Economic Review team and preceded by experts in the industry with a grip on the economy in the Governorate.

The Port of Salalah, which opens up to the Arabian Sea and the Eastern corridor, is largely considered the most important strategic location with almost zero deviation from the major trade lanes of Asia-Europe, ISC-Europe, and Middle East-Europe.

It also provides customers with transit times that are better than other competing ports in the Gulf (and Indian Ocean). Any cargo leaving the docks of Salalah can reach its destination – irrespective of its location around the globe – in two weeks or under.

Talking about the significance of Port of Salalah in the region, Said al Rashdi, the CEO of Oman Manufacturing Association says: “Our biggest markets are currently Africa and the GCC, and hopefully Yemen as soon as things get stabilised.”

While the Port of Salalah does face challenges stemming from trade agreements in the region, he says he believes that the market is one that is worth considering for the manufacturing sector.

He elucidates: “I think anybody looking to invest in manufacturing will have to take this market into consideration. Having the GCC around us is good, as it gives us access to the regional market.

“Yes…,” he says, “…in reality, there are some non-tariff barriers blocking our products from reaching there… but it is important for us to understand the market around us.”

As per panelist Hussain Hathith al Buthari, the Chairman of the Oman Chamber of Commerce & Industry – Dhofar Branch & Head of Industry Committee, there are several ‘promising sectors’ that can further add value to the Governorate. 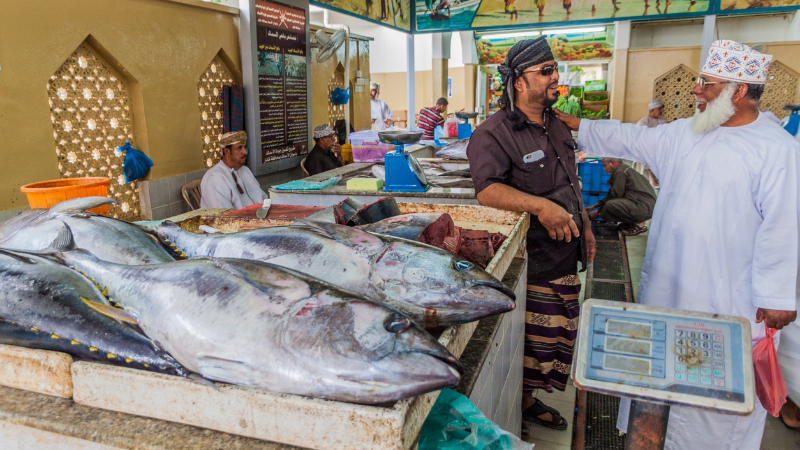 Tourism, agriculture and fisheries, logistics and manufacturing, mining, and oil and gas are all very significant sectors, the Chairman states.

“We have investments in all these sectors already and I believe that if we see the statistics today, we do a lot of exporting of raw materials. But we also need to begin exporting value-added products. And that is what we need to focus on in the future.”

Value-added products are goods with an enhanced value stemming from extra processing. In the agriculture sector, this includes raw products that have been modified into those that have a longer shelf life or market value. This can be extended to the fields of construction materials, fisheries, and oil and gas.

Omar Ahmed Abdullah al Shaikh, the Deputy CEO of Dhofar Insurance Company, on the other hand, believes that trading is also an important part of the economy driving Dhofar.

He says: “Trading is one of the sectors where we can focus, because of the strategic location of the Port of Salalah. Also, Oman has a good relationship with everybody in the region, including its neighbours.

“So, Dhofar, as a location, can play a big role there. And with the Free zone, port, and capable teams (workforce) present there, it’s really an area where we can get the growth that we project.” 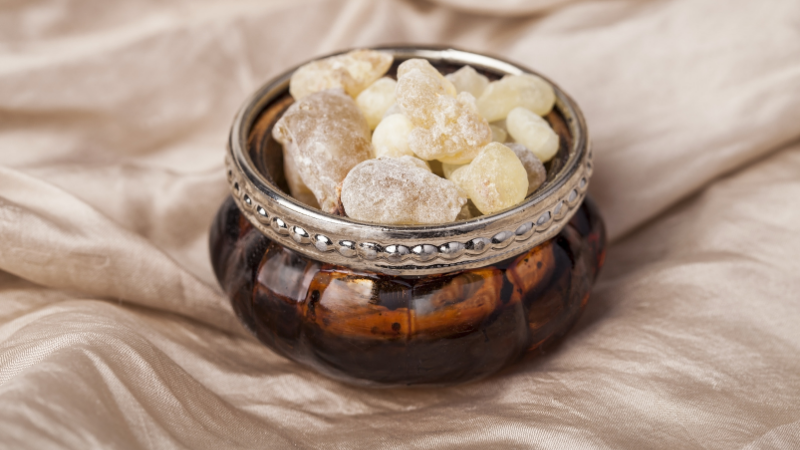 However, its status as a regional trading hub precedes the 21st Century. In fact, Dhofar was a major exporter of frankincense in ancient times, with some of it being traded as far as China, as per a report published in 2010, titled ‘Aspects of the Maritime Silk Road: From The Persian Gulf To The East China Sea’.

Dhofar, and the Port of Salalah, pulls its weight as a regional trade hub to date. As per a report presented by Mohammed Al Mashani, the General Manager – Corporate Affairs of Port of Salalah, the port is the third on top among others in Africa, the Middle East, and Europe.

These achievements will only be complemented by the coming of newer industries across various sectors that will cater to fulfilling local manufacturing requirements, as well as our net exports, as per Himansu Mohapatra, the Group General Manager Investment of Muscat Overseas Group.

“The first sector which I think is a value addition is manufacturing – and we are setting up a manufacturing plant to produce caustic soda, sodium chloride, and sodium nitrate.

“It is important that we utilise local resources as it will cater to the demand in the oil and gas industry, food industry, and many more. More than 25 to 30 per cent can also be consumed in the local and regional markets, and the remaining 70 per cent can be for the export market.

All of this is expected to create employment opportunities. As per statistics compiled by Trading Economics (World Bank report), the unemployment rate at Salalah stood at 3.1 per cent in January 2020.

Himansu also touches upon how his company is investing heavily in the fisheries and agriculture sectors. This includes an abalone project that is aiming to take over the global market.

“I believe the abalone project is of prime importance to us because it is a brand that we are taking to the global market. We are also preserving the local sea resources, and supporting the local people in terms of employment opportunities.”

This project in Dhofar also made the Sultanate the only region in the gulf to invest in abalone.

“We can see this as a way to build Oman as a brand, and to be bringing these products to not only the western and eastern markets but also the regional markets.”

“We have already started the R&D to grow the abalone species in a controlled environment, and we are quite successful in it. This is now a commercial project for us along with our South African partner.”

“We have so much hope in these projects, and those that are similar to these,” he adds.

Siddharth Rishi Satapathy, the Head of Treasury at Raysut Cement, says that Dhofar has always been conducive for investors and industries in the manufacturing sector.

His statement is reflected by the 3,825 new SMEs that opened doors in the Governorate this year (until August 2020).

“Dhofar is a great place for our set up. We have been there in Dhofar since 1981, and Raysut Cement is a big brand name in the country; and as a local player, we are very popular in the Dhofar region.

“The recent increase in gas prices means that we are focusing on our exports. Almost 50 per cent of our cement is exported. And with the 50 per cent increment in gas prices over the last four years, we see a big impact on our bottom line. We are now thinking of growing our business in the African region.”

Foreign investment also plays a major role in the development of the region.

In an earlier statement to the media, Ali bin Mohammed Tabouk, the CEO of Salalah Free Zone (SFZ) said: “Our goal is to position Salalah Free Zone as a leading regional and global logistics and industrial hub. The investment projects in SFZ is a testimony for our efforts to attract foreign investors and our successful relationship with the free zone`s strategic partners.”

Salalah Free Zone achieved exceptional results in 2019 that included the signing of 24 usufruct agreements that were worth RO1.4 billion.

Aside from offering job opportunities, the percentage of Omanisation also touched 36 per cent in the companies operating at SFZ. Moreover, data analysis has shown that stability in politics has influenced Foreign Investment in the region.

Ali Tabouk highlighted that Salalah Free Zone plans to develop a Salalah Free Zone Food Processing Plant that will provide commercial warehouses, logistic services and storage facilities for the food and beverage industries, in addition to a 20,000 square meters trading and services complex that will include offices and service facilities for businessmen in an integrated business environment.

An international allied medicine training centre will also be founded in an area of 96,000 square meters to provide training programmes for various specialties of allied medicine including, but not limited to, radiology, laboratories, occupational and physical therapy.

This comes within the framework of developing the national skills and capabilities in the medical specialisations.

Tabouk also emphasised on the Free zone’s initiative to ease doing business at Salalah Free Zone including registration, granting of licenses and signing of usufruct agreements within one to three hours.

Salalah has witnessed a stream of Indian investments across the automotive, textiles, cables, and construction industries in recent times – and with companies such as TVS (Indian motorbike manufacturer), Larsen & Toubro, and the like taking center stage in the city, it is evident that the Governorate will continue supporting foreign investments and other joint ventures. 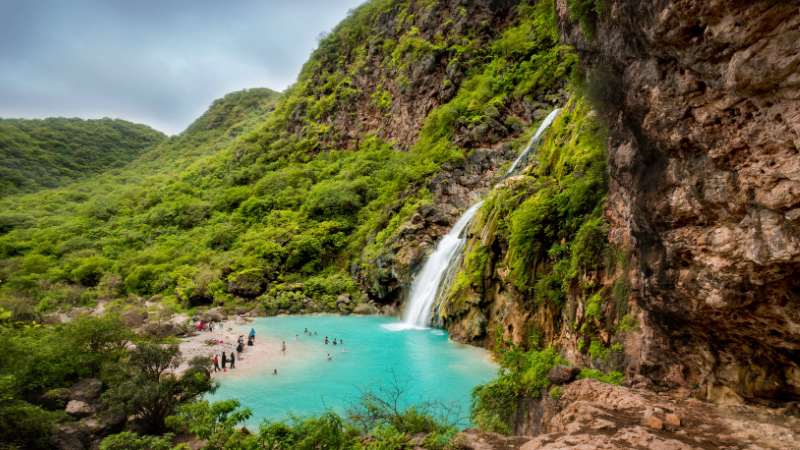 As Atulya Sharma, the CEO of UMS Group explains: “The Dhofar Governorate is currently under a brand-building campaign.

“It is important to note that Dhofar has become a strong contender for business in the region with the availability of raw materials, great connectivity to the international market, a supportive government with lucrative policies for investors in the Salalah Free zone, and easy access to one of the world’s largest ports.”

Winding up his statement on Dhofar, Himansu says: “Dhofar, and the city of Salalah, is a package deal. It is a unique proposition of natural beauty and strategic location in one location. Couple that with a strong infrastructure and I can say that the region is a strong proposition for investors.”

Stay tuned for more details on how the commencement of Value-Added Tax (VAT) will affect businesses in Dhofar.