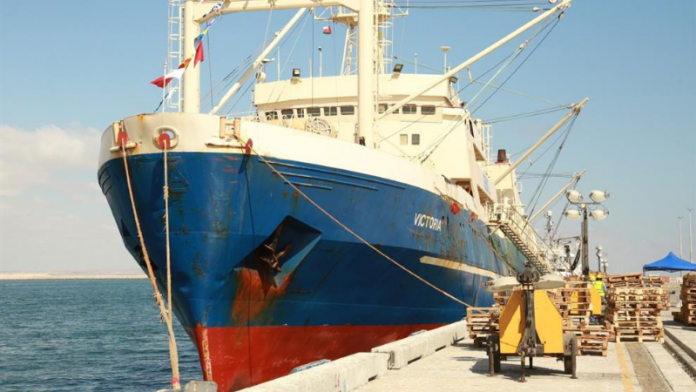 Muscat: The fisheries sector figures among the main components of economic diversification resources due to the fact that it is a renewable sector capable of contributing to food security and providing employment opportunities for citizens, besides augmenting the Gross Domestic Product (GDP).

The initiatives and programmes are expected to achieve a considerable increase to the GDP estimated at RO556mn, thereby achieving a three-fold rise of the overall contribution of the fisheries sector over 2017 figures to RO781mn by 2023 and generating an investment value touching RO1bn.

Dr. Abdulaziz Said al-Marzouqi, Director General of Fisheries Resources Development, affirmed that the commercial fishing fleet’s development plan seeks to sustain the leading role of the fleet in developing the fisheries sector and realising the most ideal use of its resources.

In a statement to Oman News Agency (ONA), al-Marzouqi pointed out that the plan targets RO1.34bn increase of output from fishing areas by 2025. Accordingly, the contribution of the fisheries sector to the GDP is expected to stand at RO387mn, besides generating 8,509 direct jobs and investments valued at RO447mn by 2025, he added.

Al-Marzouqi explained that fisheries surveys on the live marine fisheries stocks in the Arabian Sea indicates the availability of an estimated 3.5 million metric tons, but only 10 per cent is utilised.

Data from the Ministry of Agriculture, Fisheries and Water Resources shows that the volume of demersal fish (seabed fish) is estimated at 330,000 tons, of which 95,000 tons can be used whereas the amount used currently stands at 88,000 tons.

Speaking about the plan to develop the commercial fishing sector, al-Marzouqi said that it includes the introduction of more fishing vessels that use different fishing equipment like long threads, hedging (fencing) and medium-depth traction targeting tuna stocks and surface fish gradually between 2018 and 2025.