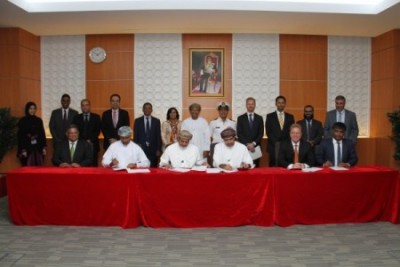 National Bank of Oman (NBO) and Ahli Bank have signed a credit facility agreement to provide financing of RO20mn for Anantara Al Jabal Al Akhdar Resort and Spa. The signing ceremony was held at the premises of the Ministry of Defence Pension Fund (MODPF), which is the promoter and owner of the resort. NBO and Ahli Bank are equal lenders in the deal. NBO’s Investment banking division acted as the financial advisor to MODPF for the debt financing, and will also act as the agent bank, security agent and account bank. Addleshaw Goddard, Oman, acted as the legal advisor to MODPF in the deal, whilst Curtis, Mallet-Prevost, Colt & Mosle acted as the legal advisor to the lending banks.
Anantara Al Jabal Al Akhdar Resort, which had its official opening ceremony on December 5, 2016, is an upscale property set in the rocky contours of the vast Saiq Plateau on Oman’s fabled Green Mountain.
It is perched 2,000 metres above sea level on the curving rim of a great canyon, making it the highest five-star resort in the Middle East.
Ahmed Al-Musalmi, CEO of NBO, said, “Our participation in this financing agreement underpins NBO’s commitment to supporting Oman’s economic agenda and developing the Sultanate’s tourism sector. We will continue to support Oman’s diversification strategy by financing projects of national and strategic importance and offering pioneering financial solutions. We are very proud to be contributing to the key non-oil sectors in the economy.”
Lloyd Maddock, CEO of Ahli Bank, said: “Ahli Bank congratulates the Ministry of Defense Pension Fund on the official opening of the Anantara Al Jabal Akhdar Hotel, the highest altitude five-star resort in the Middle East. We are delighted to be a financier of this truly unique development, and wish the owners and operators every success. We are certain that this one of a kind resort will enchant guests from near and far, whilst contributing to the ongoing economic development of the Niyabat of Al Jabal Al Akhdar.”
Commenting on the signing ceremony, Saleh Nasser Al Habsi, General Manager of MODPF, said: “This agreement represents a major step forward for the country’s tourist sector and financial services industry. The support of both NBO and Ahli Bank has been fantastic, and with their financial backing, we are confident that Anantara Al Jabal Al Akhdar Resort and Spa will quickly build its status as one of the most remarkable and outstanding resorts in the country.”
Hamad Mohammad Al Wahaibi, Director of Investments at MODPF, added: “This is a positive step towards enhancing the pension fund’s relationships with the private sector. At MODPF, we continue to develop new projects aimed at improving returns for our pensioners while contributing to Oman’s infrastructure and diversification strategy. We thank both banks for their commitment to the project and look forward to working with them again in the near future.”
A total of 115 luxury guest rooms and villas in the Anantara Al Jabal Al Akhdar Resort and Spa overlook either the dramatic canyon or tranquil gardens. The resort’s 82 Premier and Deluxe Rooms contain a spacious bedroom, amongst the largest in the country, and a spa-like bathroom complete with a rain shower and separate bath alongside a balcony.
The resort boasts a world-acclaimed Anantara Spa, which harnesses the essence of Arabia with ancient hammam rituals as well as private rooms offering signature spa treatments using indigenous ingredients and traditions. In addition, the resort features extensive meeting and banqueting facilities to host weddings, events, conferences and team building activities. 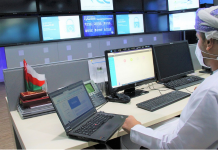