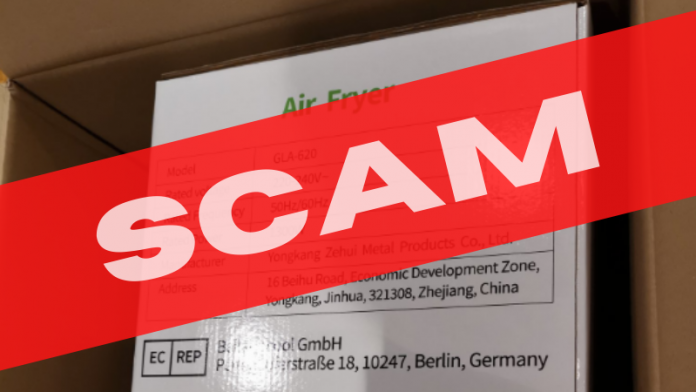 Customers of the Sony PlayStation 5 in the United Kingdom are reportedly being scammed by online vendors.

In what has become a viral thread on Twitter, UK residents who pre-ordered the console claimed that they were sent toilet paper rolls, air fryers, foot massagers, and even cat food as opposed to the latest gaming console from Sony’s stables.

Happy #PS5 day everyone. Tried to document our one’s unveiling, but Amazon have tricked us with an unsolicited air fryer instead (after giving delivery password). Anyone else had this problem today? pic.twitter.com/99IUSzSJUU

So my #PlayStation5 that should have been delivered at lunchtime turned up tonight, handed over my security code to the courier, took in the box, opened it…only to find some cheap Airfyrer inside! Unbelievable! My PS5 has been nicked! @AmazonHelp pic.twitter.com/Ps3Yrd0V8V

@bexlectric this happened to me too! I was told to raise a crime report with the police and Amazon will investigate from their end. I was also told there is no way they can contact or track their drivers……what the hell is that about?!?

same boat – it was out for delivery. Was on my street, then outside my house. And then delivered. Except it wasn’t. Been told I have to wait 48 hours then either refund or new one. But there isn’t any stock… so I guess I’m not getting the PS5 I ordered two months ago pic.twitter.com/goeeyLyyWG

The Sony PlayStation 5 went on sale in the UK on November 22 and reportedly costs US$749.