The world’s most popular singalong, with London based music group MASSAOKE will make its Middle East debut in Dubai next month with three shows taking place 26 – 27 November 2020.  Brought to the Middle East for the very first time by Broadway Entertainment Group and Dubai World Trade Centre, tickets for ‘SING THE MUSICALS’ are now on sale through Platinumlist.

‘SING THE MUSICALS’ is a brand-new multi-media extravaganza designed especially for UAE audiences by Broadway Entertainment Group and MASSAOKE, the award-winning live music spectacular which since 2011 has wowed global audiences in London, Glastonbury, Edinburgh, Adelaide and New York.  The UAE’s first socially distanced live music singalong is set to wow audiences with an entertaining and inclusive show unlike any other.

‘SING THE MUSICALS’ will bring together the world’s favourite songs played live on stage, with the lyrics projected onto a screen in the background, so guests can singalong and never miss a beat.  With talented performers, musicians and dancers accompanied by breath-taking special effects, the playlist for ‘SING THE MUSICALS’ features hits from Broadway shows including Mamma Mia!, The Greatest Showman, Grease, Frozen, Dirty Dancing, Les Misérables, We Will Rock You, Phantom of the Opera, The Sound of Music, Mary Poppins, Hamilton and many more. Suitable for families, corporate groups, and fans of all ages, ‘SING THE MUSICALS’ is a unique experience where the audience themselves are encouraged to ‘Let it Go’ and have ‘The time of their life’ and become a central part of the show in a safe and responsible, socially-distanced environment. 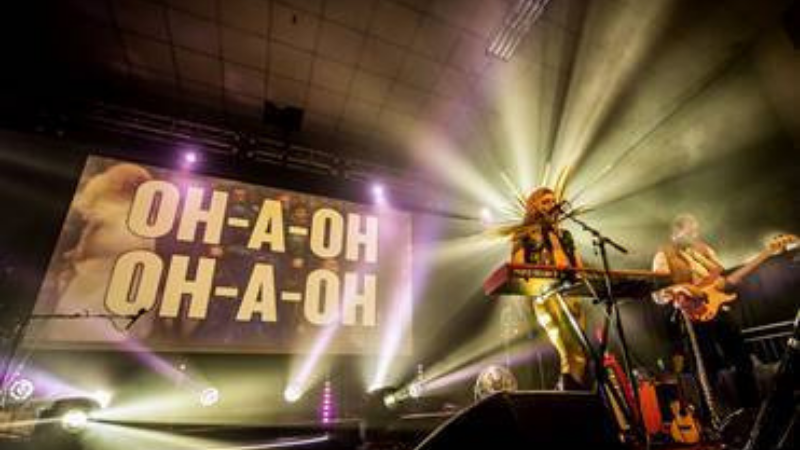 Chief Executive Officer of Broadway Entertainment Group, Liz Koops said: “Calling all live music lovers, karaoke fans and aspiring singers – this is a show not to be missed! We are thrilled to be bringing the multi-media extravaganza ‘SING THE MUSICALS’ with MASSAOKE to the UAE for the very first time. Featuring songs from everyone’s favourites from Frozen, to The Sound of Music to the Greatest Showman and many more, audiences will be wowed by a fun filled performance for all ages where they become an important part of the show!”