Bezos’ phone was hacked following an exchange he had with the Saudi Prince on WhatsApp in 2018 that was infiltrated via an MP4 video file sent from the WhatsApp account used by the Prince, according to a statement by UN independent experts appointed by the Human Rights Council Wednesday.

A forensic analysis found that “massive and (for Bezos’ phone) unprecedented exfiltration of data from the phone began.”

The statement said the intrusion “likely was undertaken through the use of a prominent spyware product identified in other Saudi surveillance cases, such as the NSO Group’s Pegasus-3 malware, through the use of Israeli spyware.” The report notes that the product is widely reported to have been purchased and deployed by Saudi officials.

A representative for the NSO Group denied any connection to the Bezos hack, describing such a suggestion as “defamatory. Our technology was not used in this instance.“ The representative said “our technology cannot be used on U.S. phone numbers, our products are only used to investigate terror and serious crime.”

“The information we have received suggests the possible involvement of the Crown Prince in surveillance of Mr. Bezos, in an effort to influence, if not silence, The Washington Post’s reporting on Saudi Arabia,” Callamard and Kaye wrote.

The allegations also point to a pattern of targeted surveillance of perceived opponents and those of broader strategic importance to the Saudi authorities, the report said, which are relevant “to ongoing evaluation of claims about the Crown Prince’s involvement in the 2018 murder” of Khashoggi.

The report said the circumstances and timing of the Bezos hack “strengthen support for further investigation by U.S. and other relevant authorities of the allegations that the Crown Prince ordered, incited, or, at a minimum, was aware of planning for but failed to stop the mission that fatally targeted Mr. Khashoggi in Istanbul.”

The revelation of new details about a security breach that affected the world’s richest man comes about a year after the surprise announcement that Bezos and his wife, MacKenzie, would divorce after 25 years of marriage. The National Enquirer subsequently disclosed an extramarital affair between Bezos and Lauren Sanchez, a former television anchor, in a series of reports that relied, in part, on intimate text messages sent by Bezos.

Bezos later wrote an extraordinary blog post accusing the tabloid of threatening to publish more embarrassing text messages and photos unless he publicly affirmed that there was no political motivation or outside force behind the tabloid’s coverage.

Gavin de Becker, a security consultant for Bezos, said at the time that he believed the Saudi Arabian government had accessed Bezos’s phone before the Enquirer exposed the affair. He didn’t provide any direct evidence to back up his claims, which he said came from “our investigators and several experts.” De Becker cited the Enquirer’s business relationship with the Saudis, as well as tough coverage of the murder of a critic of the Saudi regime by the Bezos-owned Washington Post, as reasons why bin Salman might seek to harm the Amazon founder.

On Wednesday, Senator Ron Wyden, a Democrat from Oregon, wrote to Bezos seeking more information about the hack and concerns of Saudi involvement.

“Unfortunately, the breach of your device appears to be part of a growing trend,” Wyden wrote. “To help Congress better understand what happened — and to help protect Americans against similar attacks __ I encourage you to provide my office with information regarding your case. I am particularly interested in the technical details, including indicators of compromise from the hack, which could help the United States Government, businesses and independent researchers discover who else may have been targeted and take steps to protect themselves.”

–With assistance from David Wainer, William Turton and Ryan Gallagher. 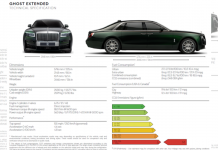 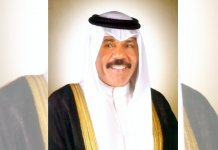 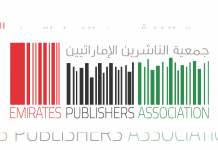