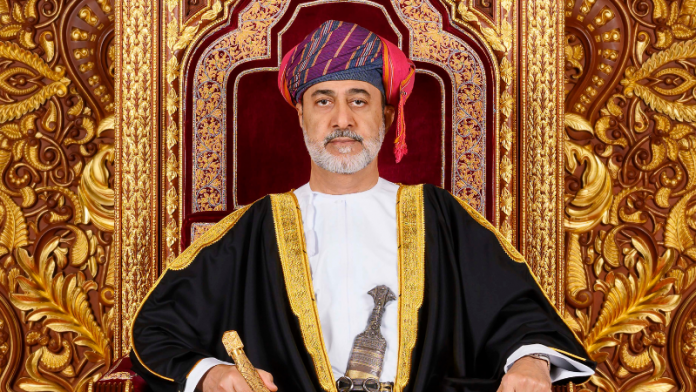 Muscat: The Sultanate has laid down the Basic Law of the State that defines Oman’s succession law.

The Basic Law of the State promulgated by Royal Decree No. 6/2021, which includes seven chapters and 98 articles, defines a stable mechanism for the mandate of government in the Sultanate and a mechanism for the appointment of the Crown Prince and his duties and competencies and emphasising the principle of the rule of law and the independence of the judiciary as a basis for judgment in Country.

The system elucidates in its first articles that the Sultanate is an independent Arab Islamic State with full sovereignty, with Muscat as its capital, and Islam as the religion of the state.

Islamic law is the basis of legislation, and Arabic is the official language of the state.

Article 4 states that the flag, emblems, orders, and national anthem of the state should be determined by the Law.

Article 5 stipulates that the system of governance is hereditary in the male descendants of Sultan Turki bin Said bin Sultan in accordance with the following provisions: The power passes from the Sultan to his first-born son and then to his eldest son and consequently the power transfers to one stratum after another.

In case the Sultan’s elder son dies before assuming power, the succession should be transferred to his elder son even if the deceased has brothers.

The Law also stipulates that in case the first person in the line of succession has no sons, the rule automatically shifts to his elder brother, and if he has no brothers the succession shifts to the eldest son of his eldest brother, and if his eldest brother has no son the succession transfers to the eldest son of his other brothers according to the age order of the brothers.

The Law also stipulates that in case the heir to the throne has no sons or brothers, the succession should be transferred to his uncles and their sons according to the aforementioned age order.

The successor of the Sultan should be Muslim, sane, and a legitimate son of Omani Muslim parents.

In case the succession moves to a person who is under 21 years of age, the power of the Sultan should be exercised by a Guardian Council appointed by the Sultan.

Article 5 also outlined a Royal order that appoints the Crown Prince and specifies his duties and specialisations.

Following undertaking of the responsibilities, the Crown Prince must take an oath before His Majesty the Sultan as stated in Article 10 of the Basic Law of the State.

In an event wherein a temporary hindrance occurs that prevents the Sultan from performing his duties, the Crown Prince will take over power.

Article 11 states that the Sultan, before performing his specialisations, takes the legal oath before the members of the Council of Oman, the Royal Family Council, the Council of Ministers, the Supreme Judicial Council.

Article 11 of the Basic Law of the State states that the government should continue to act as usual until the Sultan is appointed.

Article 12 states that the rule of the state is based on the principles of justice, equality, consultation, and that the citizens have the right to participate in public affairs in accordance with the Basic Law of the State and the conditions stipulated by the laws.