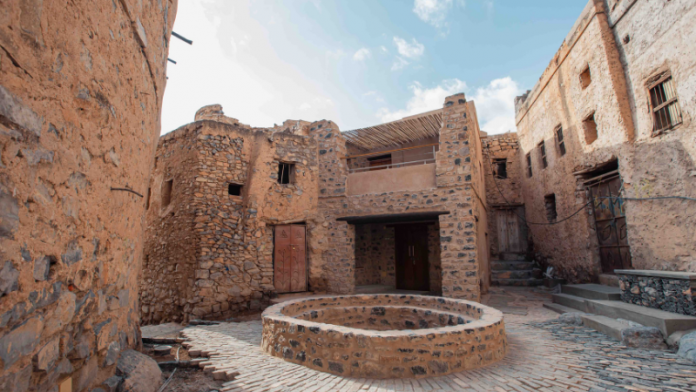 Muscat: As part of the celebrations for the 50th anniversary of the Blessed Renaissance of Oman, the Ministry of Heritage and Tourism and Bank Muscat, the leading financial services provider in the Sultanate, celebrated the completion of the Misfat Al Abriyeen heritage tourism project.

The landmark tourism development project in Misfat Al Abriyeen in the Wilayat of Al Hamra was initiated in 2019 by the Bank in line with its commitment to partnership in sustainable development and promotion of national goals.

The virtual opening ceremony was held under the auspices of His Excellency Eng. Ibrahim Said Al Kharusi, Undersecretary of Heritage Affairs at the Ministry of Heritage and Tourism and attended by Sheikh Waleed K. Al Hashar, Chief Executive Officer, Bank Muscat, and a number of senior officials. 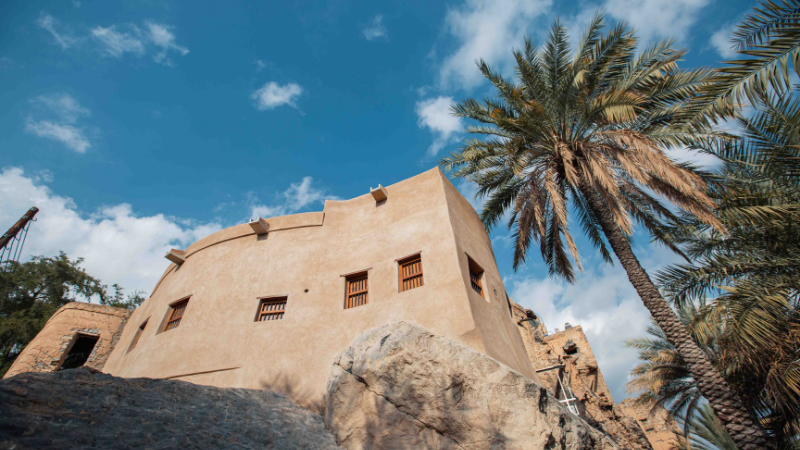 The Misfat heritage tourism project was completed on the basis of a study originally commissioned by the bank, following a detailed study by ArChiam, the interdisciplinary architecture forum at the University of Liverpool, UK.

Based on international specifications, it included the restoration of the main gate of Misfat Al Abriyeen by preserving its original features. The restoration of a number of old mud houses were also done so as to set up a restaurant to serve authentic Omani cuisine to visitors.

Vehicle parking facilities, a tourist information centre and office, a souvenir shop, and signage leading to the tourist spot were also developed as part of the project. The project will give a significant boost to heritage tourism and help in the sustainable development of Al Hamra and the surrounding areas.

It will be operated by the Al Misfat Al Ahlia Company, a local SME set up by young Omani entrepreneurs, in line with the government’s vision to develop SMEs.

“It is a wonderful boost to heritage tourism in the country and will preserve the architectural and cultural heritage of Oman. The old Misfat village, which is noted for its location and pristine views, was restored meticulously and with great effort by preserving its original features and architecture.

“The completion of this project will have a great impact on cultural and heritage tourism and will greatly benefit the local community and entrepreneurs from the region.” 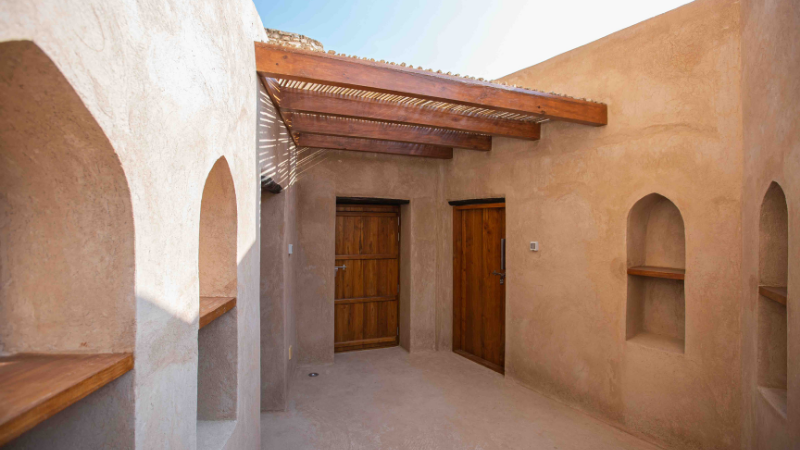 Sheikh Waleed K. Al Hashar, the Chief Executive Office of Bank Muscat, said: “We are very pleased to inaugurate the landmark Misfat Al Abriyeen project, which has greatly contributed to the further development of Public-Private partnership.

“The bank has been keenly implementing many sustainable programmes and activities in line with its social responsibility. We would particularly like to thank the Ministry of Heritage and Tourism and the implementation team for their support.

“I also take this opportunity to thank the Al Misfat Al Ahlia Company, the Sheikhs and people of the region for their strong support and enthusiasm for this project. We hope that this project will serve as a major attraction in developing heritage tourism in the country and benefit the Sultanate’s economy.”

During the ceremony, Hosni Bin Mubarak Al-Abri, the Chairman of the Board of Directors of Al Misfah Al Ahlia Company, thanked the Ministry of Heritage and Tourism and Bank Muscat. He praised the continuous follow-up during the project implementation, which was completed on schedule.

He also stressed that this project would enrich local tourism and bring multiple benefits to the local community, while also preserving authentic Omani identity, architecture, and heritage.

He then thanked the bank for its pioneering social responsibility initiatives and emphasised the importance of Public-Private Partnerships in achieving national development goals, calling for further strengthening of the partnership between the two sectors.