Muscat: The minister has revealed that Oman will receive anywhere between eight and 10 vaccines by the first quarter of 2021 during the 21st press conference of the Supreme Committee, held at the Ministry of Education today.

Dr. Ahmed Mohammed al-Sa’eedi, the Minister of Health, member of the Supreme Committee tasked with tackling developments resulting from the Coronavirus (COVID-19) pandemic, has reaffirmed that the Sultanate was among the first countries to obtain the COVID-19 vaccine in a set of 42 countries around the world (that applied for the drug).

Dr. Ahmed pointed out that the Sultanate’s access to the vaccine came as a result of the support of His Majesty Sultan Haitham Bin Tarik to the national anti-COVID-19 immunization campaign and his determination that the Sultanate is among the leading countries in receiving the vaccine.

Dr. Ahmed reiterated the that Sultanate will not accept any vaccine except after checking its validity for safe use. He described reservation among some people to take the drug as “legitimate hesitation”, noting that this stance “is scientifically justifiable, but associated with rumours or misinformation.”

As many as 22,749 people received the vaccine during the first phase of the national immunization campaign against COVID-19, said the minister, noting that immunization has now covered 82 per cent of the target segments.

He added that side-effects are expected, simple and normal and that no serious side-effects have been registered so far from anti-COVID-19 vaccine recipients.

The minister explained that the vaccination gives extra protection from the disease, but no scientifical evidence supports the idea that the recipient cannot transfer the virus.

Within the first quarter of this year, the Sultanate will receive about 8 to 10 vaccines, said the minister, stressing that no vaccine will be used in the Sultanate before getting full information about it and provided that the drug is registered in the country of origin and safe to use.

“Until yesterday, a total of 27,300 doses of vaccine arrived in the Sultanate, of them 22,749 have been used so far,” said the minister, noting that a clear-cut mechanism is being implemented to distribute the vaccine in all governorates of the Sultanate and that Oman booked 370,000 does of Pfizer-BioNTech, which will arrive in batches.

Speaking about the opening of mosques, Dr. Ahmed said that there is ongoing coordination with the Ministry of Awqaf and Religious Affairs and that congregation without distancing is banned as a precautionary measure, as of now.

Meanwhile, Dr. Abdullah Khamis Ambusaidi, Education Under-Secretary at the Ministry of Education, said that the decision to gradually resume applying the blended learning system will be assessed in accordance with the epidemiological situation.

Ambusaidi pointed out that the gradual resumption of school operation came in response to a number of justifications, the most important of which is the positive outcome of the implementation of the Schools Health Protocol and the need to further empower First Cycle pupils in basic skills, such as reading, writing, arithmetic, and new syllabi.

In his turn, Dr. Ali Humaid al-Jahwari, Director-General of Education in Muscat Governorate, said that students who will apply online and blended-learning next week will be taught subjects of ‘individual development’ through electronic platforms. He urged all to use educational portals to access home works and interactive activities.

Echoing a similar opinion, Faisal Ali al-Busaidi, Assistant Director-General of Information Technology at the Ministry of Education, said that educational platforms are synchronized to blended learning within the parameters of the current app. Students will be required to log in to these platforms to get access to homework and interactive activities.

Dr. Amal al-Ma’ani, Health Ministry’s Director of the Infection Control Department, said that COIVD-19 is a lingering, resurgent disease and that research is ongoing to detect any of its mutations.

The new strains have not changed its intensity, but the worrying aspect is the rate of reproduction of new variants, which are higher by 0.4 to 0.8 over the old species and that the rate of immunity in the Sultanate ranges between 20 per cent to 25 per cent, according to the recent serological survey.

Dr. Amal reaffirmed that the Sultanate is committed to giving two doses of the vaccine to each person to augment its validity. She pointed out that, though statistics in the Sultanate are reassuring, the virus is still actively spreading in society. 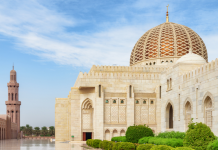 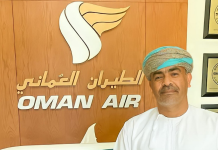 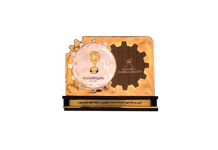