Muscat: Dr. Ahmed Mohammed al-Sa’eedi, the Minister of Health, has said that the Ministry has embarked on drafting the healthcare sector’s 10th Five Year Plan.

The plan enlists a variety of new projects and expanded programmes to be implemented during the years of the plan, depending on the State’s general economic circumstances.

The Ministry of Health has four referral hospitals offering tertiary healthcare to the Sultanate’s population.

They are the Royal Hospital, Khoula Hospital, Al Nahda Hospital and Al Masarra Hospital, which have a total number of 1,639 beds, with occupancy standing at 70.7 per cent, said Dr. Ahmed.

He added that the nine referral hospitals in Muscat Governorate have a total of 23,178 beds, with occupancy standing at 56.2 per cent, said the minister, noting that Sohar Hospital has the highest occupancy rate in the Sultanate (79.6 per cent).

In his statement, the minister said that the number of employees at the Ministry by the end of 2019 stood at more than 39,400 and that Omanisation at the Ministry stands at 72 per cent in medical and paramedical categories.

This is in addition to 27 private hospitals and 1,254 health establishments operating without pharmacies.

Speaking about the COVID-19 infection cases, the minister said that they stood at 133,044 of which 10,685 cases required admission to hospital wards and 2,650 had to be admitted to intensive care units, but 1,521 of the patients passed away.

The minister cautioned that, despite all efforts exerted by the Ministry to keep the situation under control within constraints posed by economic conditions since 2015, there are still some serious challenges facing the development of healthcare in the Sultanate.

The challenges include limited financial resources, the shortage of human resources, among other problems, he affirmed. 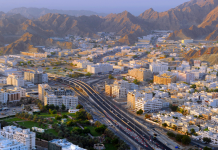