As the Sultanate’s promising real estate industry gears up to formulate a synergy with the oil and gas sector to build on the nation’s GDP, it must weather shrinking residential demands and a challenging post-pandemic-era to present an upturn in ROI. Alvin Thomas writes…

As a year chock-full of ups and downs, 2020 has been nothing short of a global battle of wits. And while the Sultanate has been at the helm of the region’s fight against the Novel Coronavirus (COVID-19), the nation has also had its own set of challenges to overcome – from implementing resilient strategies to cope with a global recession arising from the pandemic and dwindling oil prices, and stabilising a quivering labour market – all while looking ahead to achieve the goals set under Oman Vision 2040. 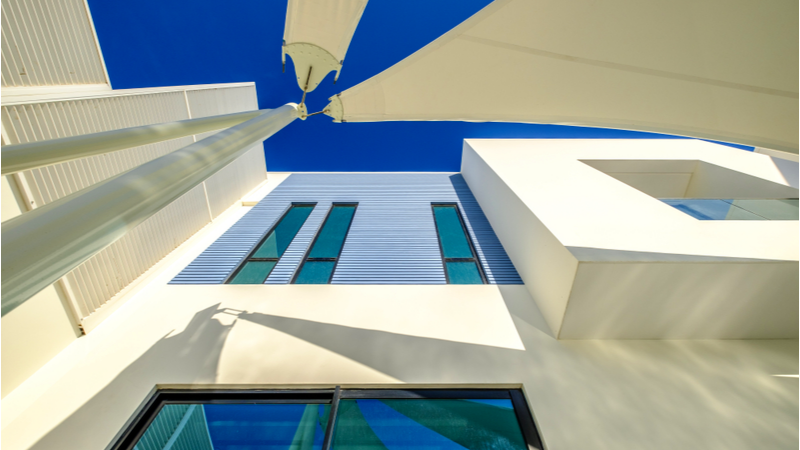 The multi-billion Riyal-strong real estate market has long been touted as an extenuating asset than Oman could potentially bank on as it aims to shift its focus from a hydrocarbon-funded economy to a diversified knowledge-based economy.

This would mean leveling the current playing field where the oil and gas sector contributes up to 37 per cent of the nation’s overall Gross Domestic Product (GDP), while also plugging a 16.7 per cent budget deficit that is, as per reports published by the International Monetary Fund (IMF), expected to upsurge to 19 per cent by the end of 2020.

Building on the foundations of the real estate sector are activities such as the sale of land and properties, grants, inheritance, exchange, mortgage and mortgage redemption, usufruct (which includes a newly-implemented ministerial usufruct law focusing on expat investors), and divisional transactions that encompasses activities in integrated tourism complex (ITC) projects aimed at attracting foreign and local investors.

Volatility in the sector arising from the oil price crash of 2016 instigated the infamous property trade value drop of 2017 – but the sector has slowly and steadily negotiated turbulent times to create an asymptotic average property trade value year-on-year as its values closed at RO2.7 billion in 2019, which was a 4.9 per cent increase from its closing in 2018.

This growth – though marginal – is continuing to fuel new projects in Oman. The RO400 million Naseem A’Sabah project currently sits atop Oman’s pool of high-value real estate projects, which are collectively rated at RO61 billion as per a report published by Ventures Middle East. While news on the project is scarce, the premium waterfront ITC project is expected to take shape by the Al Mawaleh region in Seeb over the coming decade.

This is followed by the RO360 million Quriyat ITC tourism complex, which is expected to begin construction this year. The 15-year project will include the Governorate’s first water park, alongside a fully-equipped golf course, star-rated hotels, and 3,000 residential units – all comprised within 1.3 million sq.m of real estate.

Other notable ITC projects that are taking shape include the RO246 million Al Nakheel project in Barka; the RO120 million Sur Gate project; the Ras Al Hadd Resort project, which will house a total of 700 residential units; and the Hawana Lagoons Salalah project.

Meanwhile, Sandan Development launched its first RO6 million beachfront residential project in February 2020. The project, which is titled ‘Al-Seef’, brings 75 luxury waterfront villas over an area of 24,000 sq.m in Al-Ashkharah.

However, sought-after ITC developments are expected to receive strong competition from other privately funded projects after the Ministry of Housing and Urban Planning announced in October 2020 their decision to grant non-Omanis usufruct rights for ownership of limited lands and properties in multi-storey buildings dedicated to commercial and residential purposes in some sites around the Governorate of Muscat.

While the ministry hadn’t revealed more details on whether expats and foreign investors will receive incentives on visas such as residency rights at the time of publishing, the government is reportedly banking on this decision to fillip real estate investment projects that are capable of causing a qualitative shift and establishing a lucrative business environment in the sector by pumping in liquidity.

The minimum price for expats to purchase these properties in Oman has been set at RO45,000, and those who buy these flats can either live there personally or allow relatives of the first-degree to reside within.

The Coming Of VAT In Oman 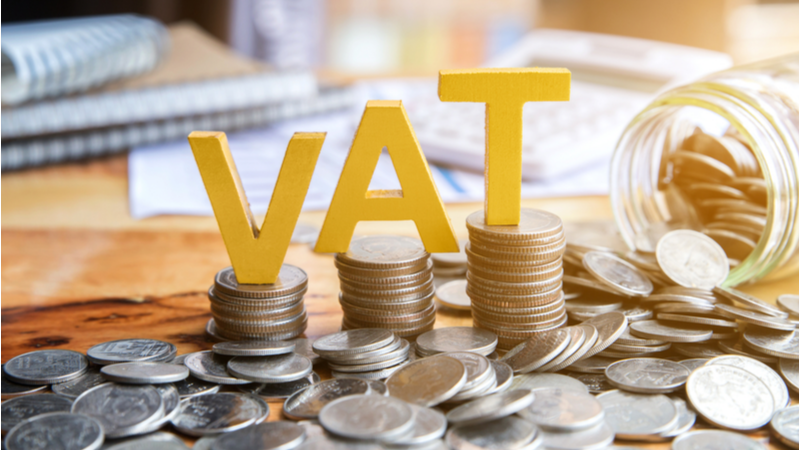 Whether this could stabilise the reeling local rental market – with rental rates dropping by 25 per cent in 2019 as per an Oxford Business Group report –  is yet to be seen; however, the onset of the pandemic, coupled with oversupply and an exodus of expat workers could hamper an instant boom in the renting market.

A National Center for Statistics and Information (NCSI) report shows an exodus of qualified expats since 2016. The number of highly qualified expats dropped by 17.6 per cent between 2016 and the Q1 of 2020, while the total number of expat employees dropped by 6.8 per cent during the same period. Expats, who now comprise of 42 per cent of the overall population, play a significant role in influencing rental demand rates.

The market is also expected to receive an additional supply of residential properties between 2020 and 2021 as per Cavendish Maxwell’s ‘Property Market Report 2020-2021’. This includes the Habitat project with 44 residential units, 44 retail units, and 118 office units in Al Khuwair; The Myriad Muscat; Phase 2 of the Al Hail Green Residential Development; the Al Muna Gardens in Baushar; and The Residences at Mandarin Oriental. 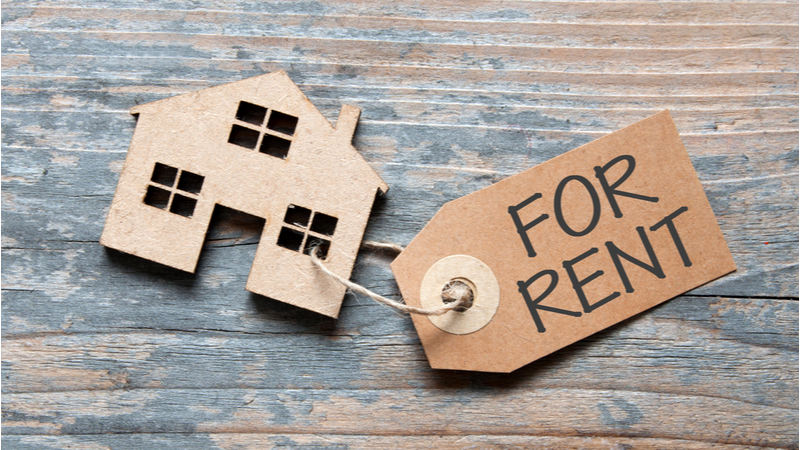 On the contrary, this spells well for renters. We learn that rental values in high-grade localities such as Madinat As Sultan Qaboos, Azaiba, and Ghubrah North declined by around 30- to 40-per cent in 2019, when compared with the rates in 2014. The average rents for a one-bedroom apartment in Al Mouj currently hover around the RO500 mark, while a two-bedroom villa or townhouse will set renters back RO790.

Some landlords and real estate companies are also offering better maintenance services and other incentives (such as absorbing utility charges and offering free internet connections) to keep tenants in their properties. But with increased availability, tenants and buyers are now moving into more sought-after areas in Muscat and other cities.

But, new residential projects are aplenty. A new 3,500-house project in Liwa is expected to provide accommodation to those affected by the activities of the Sohar Port. The project, which is based out of the Naber region in Oman, will include schools, mosques, a health center, power generation stations, two filling stations, parks, playgrounds, and lands for commercial establishments such as malls.

According to NCSI, the value of traded contracts in December 2019 stood at over RO263 million, while the fees collected amounted to over RO7 million. The total value of sale contracts in 2019 stood at over RO70.6 million through 4,674 sales transactions. Meanwhile, the total value of mortgage contracts rose to 13.5 per cent from RO1.6 million in December 2018, when compared with RO1.8 million in the same month last year; albeit, through unchanged contracts. 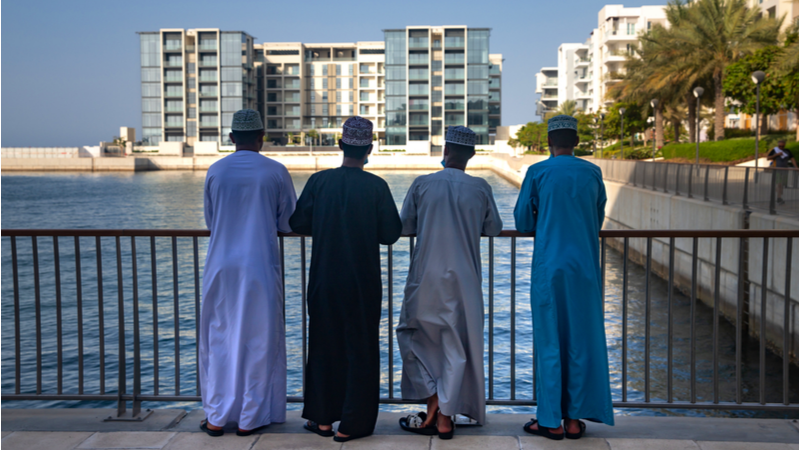 The first eight months of the year also witnessed a 40.8 per cent drop in the total number of residential plots allotted to Omanis, when compared with the 17,833 plots that were issued in the same period in 2019. Some 500,000 Omanis are currently awaiting land to be allotted by the ministry.

Interestingly, Oman’s growing number of small-and-medium-sized enterprises (SME) have set in motion a healthy synergy in the real estate sector – and the market has responded effectively to their requirements; such as offering flexible working and low-cost commercial spaces, as the nation observes an increase in the number of business centers and other office spaces within the capital city.

Oman’s growing retail industry has also fronted growth in the sector. The coming of premium shopping locations may pave way for oversupply in the short run, but is expected to boost the retail industry in the coming years as retail spaces are occupied to serve the growing population, states the Cavendish Maxwell report.

A long-term approach to development has spearheaded Oman’s real estate sector – and while the returns may currently seem austere, experts believe that the key to sustainably developing the sector and procuring sizeable dividends to their investments lie in how investors pay careful attention to macroeconomics and changing market climate over the coming decades; and more importantly, how they negotiate a post-COVID-era.