(Bloomberg) –Qatar will run a budget surplus for a second straight year in 2020 as infrastructure spending stagnates while it wraps up projects ahead of the FIFA World Cup 2022.

Next year’s fiscal plans foresee a surplus of 500 million Qatari riyals ($136.4 million), down from 4.4 billion riyals in 2019, according to a statement from the Ministry of Finance seen by Bloomberg News. The projection is based on average oil price of $55 per barrel, the same assumption the Gulf country used for this year’s budget.

Builders have raced ahead at a breakneck pace since 2010, when the small peninsular nation unexpectedly won the rights to host the world’s most watched sporting event.

Propelled by $200 billion of infrastructure works, it seized the chance to upgrade its infrastructure by building roads, metro lines and thousands of hotel rooms.

But such spending is now stagnating as the soccer tournament approaches. The country allocated 92.9 billion riyals on major projects in 2018 and 89.5 billion riyals in 2019. 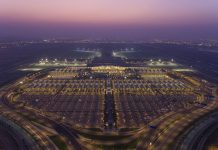 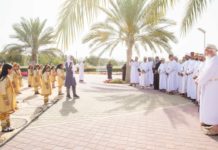