(Bloomberg) — BeIN Media Group cut more than 100 jobs as the Qatari broadcaster grapples with disruptions at sports events due to the coronavirus pandemic, people familiar with the matter said.

Among those who lost their jobs are presenters, reporters and technicians, the people said, asking not to be identified as the matter is private.

Qatar, which is due to host the 2022 soccer World Cup, told government-funded entities to cut spending on non-Qatari staff as it tries to shore up its finances. Qatar Airways is reducing salaries for pilots by as much as 25%. Gulf nations have been hit by a double whammy of virus-related economic downturns and a fall in energy prices.

“Broadcasters around the world are making incredibly difficult decisions in order to survive – and BeIN is not immune,” a spokesperson for the company said in a statement. “Rampant piracy” across the Middle East and North Africa has compounded BeIN’s problems, it said. BeIN started a “limited redundancy programme in relation to our MENA business” to secure its long-term future, it said. 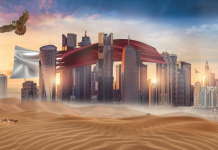 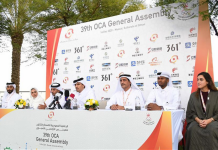