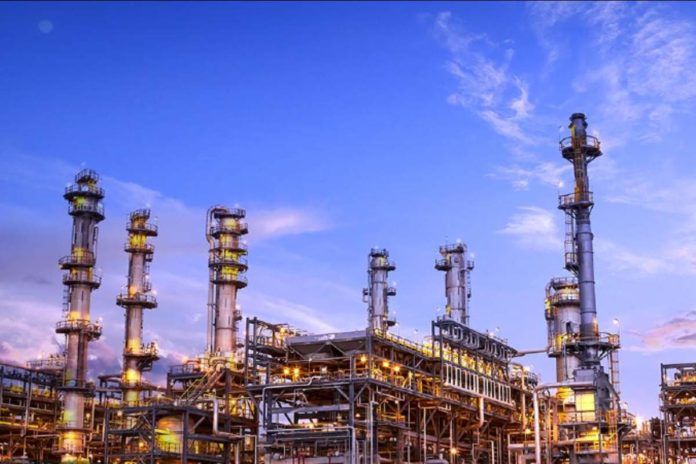 (Bloomberg) –Since 1980, the year Saudi Aramco was fully nationalized, the world’s largest oil producer has pumped about 116 billion barrels of crude oil from giant fields below the kingdom’s desert and the waters of the Persian Gulf.

At today’s rate of consumption that crude would keep the world going for more than three years without using a single drop from any other oil-producing country. Put it through a refinery and you’d get enough gasoline to fill the tanks of more than 70 billion Chevy Suburban SUVs.

And then there’s the carbon. All that oil has released more than 30 billion tons of carbon dioxide into the atmosphere in the last four decades, more than double China’s annual emissions. An analysis published in the Guardian newspaper last month reckoned Aramco’s oil was responsible for more emissions than any other single company.

On one level that’s not surprising — the modern global economy runs on petroleum and Aramco has been the prime supplier. But as Aramco makes the transition to becoming a publicly listed company, environmental concerns are one reason global investors have proved reluctant to embrace the world’s largest oil producer.

Exxon Mobil Corp., Royal Dutch Shell Plc and other large oil and gas producers are already being pressed by a cohort of fund managers moving environmental, social and governance concerns up the agenda. Before Saudi Arabia decided to concentrate the IPO on local investors, one of the world’s largest sovereign wealth funds, Singapore’s Temasek, had decided to pass on Aramco because of environmental concerns.

Big Oil is already under pressure “due to excessive carbon emissions, environmental footprint, social and community disruption, corruption exposure, health and safety and the now ubiquitous ‘stranded asset risk,”’ said Oswald Clint, an analyst at Sanford C. Bernstein Ltd. “Clearly then, the undisputed No.1 oil producer globally, Saudi Aramco, will come under a lot of scrutiny from investors as it embarks upon the public chapter of its life.”

But Aramco is convinced it has a good story to tell on emissions. It goes like this: as the energy transition freezes and then shrinks demand for oil the complex, expensive, high-carbon supply sources like the Canadian oil sands will be increasingly abandoned. At the end of the story, only fields that are profitable in a world with strict emissions laws and depressed prices will remain, and from there this world will draw its last drop of oil.

In Aramco’s 658-page IPO prospectus, the company explains why it possesses that last drop. There’s a table showing drilling a ton of Saudi oil takes half the energy of producing a barrel in the U.S. It shows that last year its lifting costs, expenses associated with bringing crude to market, were far lower than at each of the five oil majors — Exxon, Shell, BP Plc, Chevron Corp. and Total SA — even after those competitors worked vigorously for years to eliminate bloat.

Aramco “is uniquely positioned as the lowest cost producer globally,” according to the prospectus. That’s “due to the unique nature of the kingdom’s geological formations, favorable onshore and shallow water offshore environments in which the company’s reservoirs are located.”

An analysis from the influential consultant Carbon Tracker backed that up, saying the company was probably going to be “one of the last oil producers standing” in a carbon-constrained future.

But it isn’t likely to be that simple.

While each individual barrel of Aramco oil was produced at a competitively low volume of CO2, much of the company’s value is derived from the sheer number of barrels at its disposal. The company has five times the amount of proved liquids reserves than the five largest oil majors combined, according to the Aramco prospectus.

It has so much crude that even in a case where Saudi Aramco is the last oil company on earth, it still can’t produce all its barrels in a world that limits global warming to less than 2 degrees Celsius, according to an analysis from Rob Barnett at Bloomberg Intelligence.

Under that scenario, a good chunk of Aramco’s reserves — set to last more than 50 years — may well end up as stranded assets.

Governance is also likely to be a concern for potential investors. Just 1.5% of Aramco shares will be listed, leaving the Saudi state in a totally dominant position. Aramco will remain the main source of revenue for the kingdom, already running a larget fiscal deficit.

“Governance issues will be a concern for investors,” analysts at Jefferies wrote in a research note. “The kingdom controls the board, is the resource owner and dictates production objectives.”

Saudi Aramco has implemented some programs to cut its net carbon footprint, such as pledging to plant 1 million trees by 2025. It also is a founding member of the Oil and Gas Climate Initiative, which funds carbon-reduction technology and has made pledges to cut flaring. However, its oil major competitors have been listening to environmental complaints for decades also do that, and have gone further.

An analysis from Bernstein showed the full-cycle emissions of Exxon, Shell and BP have trended downwards since about 2000. They are expected to keep falling as they implement measures suggested to them by eco-conscious shareholders, the report showed. Aramco’s full-cycle emissions have meanwhile increased sharply, reaching about double the volume of the three largest oil majors combined in 2015.

Other oil companies are starting to take more radical action as pressure from governments, investors and customers to tackle the climate crisis builds. On Monday, Spain’s Repsol decided to promise zero net carbon emissions by 2050, while writing down the value of the business to reflect lower long-term oil prices.

Ben van Beurden, chief executive officer of Shell, said in an interview at the sidelines of the Oil & Money Conference in London in October that if he had any advice for Aramco at its IPO, it’s to learn to work with the oil industry’s climate critics. After all, they aren’t going anywhere.

“When you get out in the market, you will get a lot of advice, a lot of conflicting advice, a lot of opinions and everything else,” van Beurden said. I think the IPO “is the opportunity for Aramco to plug into much more of the opinions of the world. To have their thinking shaped by that as well, rather than by events in the kingdom.” 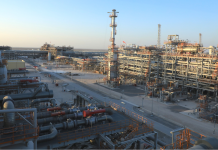