(Bloomberg) — One week before Apple Inc.’s annual developer conference, the financial heart of its App Store is under renewed attack from antitrust regulators and exasperated developers.

The European Commission launched two investigations into Apple on Tuesday. One major focus is on a contentious rule that limits what app developers can tell users about payment options beyond the App Store.

Apple’s developer guidelines say apps can’t “include buttons, external links, or other calls to action that direct customers to purchasing mechanisms other than in-app purchase.”

Europe’s regulators are particularly concerned that Apple forces developers to use its App Store payment service, which takes a cut of most app subscriptions and in-app purchases. Authorities are less concerned about the size of the revenue share — whether Apple charges 30% or 15%.

There’s been a backlash against app stores run by Apple and Google in recent years, with a growing number of developers saying the tech giants are collecting too high a tax for access to consumers’ mobile devices.

The European Commission is the first major regulator to launch a formal investigation into this issue. Apple is the target because Google’s Android app store offers more choice on payment methods.

“The most likely outcome is a ruling that limits Apple’s ability to restrict information about other purchasing options,” Amit Daryanani, an analyst at Evercore ISI, wrote in a note to investors on Tuesday.

The App Store is the only way for most consumers to install apps on the iPhone, and in most cases, Apple takes a 15% to 30% cut from developers offering subscriptions. Many of these aren’t allowed to facilitate purchases outside of the App Store, ensuring Apple gets its cut. Some apps are allowed to function without a subscription bought through Apple, but these apps can’t direct users to buy the service outside of Apple’s digital walls.

The Netflix app tells users they can’t subscribe to the service inside the app. “We know it’s a hassle,” the app says. Other services choose to use Apple’s payment system because it’s often simpler for customers. But in some cases, that makes the product more expensive. For example, the Soundcloud Go+ streaming music service costs $9.99 through its website, but $12.99 when bought through Apple’s App Store.

It may be more useful and less costly for consumers if apps could tell people they can buy subscriptions outside the Apple App Store. If that happened, though, more developers may stop using Apple’s in-app payment system and the company would lose revenue. Fees from App Store transactions are estimated to be the largest contributor to Apple’s Services revenue, a business the company is trying hard to expand. Any slowdown here would be a concern for Wall Street.

If Apple’s cut dropped from 30% to 5%, that would knock about 11% off the company’s earnings per share, Daryanani estimated on Tuesday, calling that a worst case scenario.

The executive said Apple threatened to remove Basecamp’s new Hey email app if it did not add the ability for users to buy a subscription via the App Store — and pay the extra fee to the tech giant.

“We did everything we were supposed to with the iOS app. Try downloading it (while you can?),” Hansson wrote. “You can’t sign up, because Apple says no. We don’t mention subscriptions. You can’t upgrade. You can’t access billing. We did all of it! Wasn’t enough.”

Wow. I’m literally stunned. Apple just doubled down on their rejection of HEY’s ability to provide bug fixes and new features, unless we submit to their outrageous demand of 15-30% of our revenue. Even worse: We’re told that unless we comply, they’ll REMOVE THE APP.

Apple said Hey didn’t comply with the App Store rules. Earlier on Tuesday the company said “it’s disappointing the European Commission is advancing baseless complaints from a handful of companies who simply want a free ride, and don’t want to play by the same rules as everyone else.”

Match Group, the owner of dating apps including Tinder, challenged this argument soon after. “Apple is a partner, but also a dominant platform whose actions force the vast majority of consumers to pay more for third-party apps,” the company said in a statement. “They claim we’re asking for a ‘free ride’ when the reality is, “digital services” are the only category of apps that have to pay the App Store fees.”

Match Group called for Apple to treat its dating apps like other services that don’t get charged extra fees, such as ride hailing and social networks.

Apple has recently made exceptions. In April, it let some video apps, including Amazon Prime, sell movies on iPhones and iPads without giving the company a cut.

Basecamp’s Hansson accused Apple of applying its App Store rules inconsistently and unfairly. “Who cares if Apple shakes down individual software developers for 30% of their revenue, by threatening to destroy their business? There has been zero consequences so far! Most such companies quietly cave or fail,” he wrote. 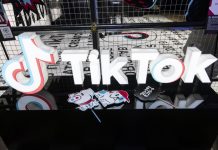 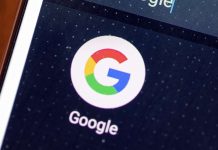 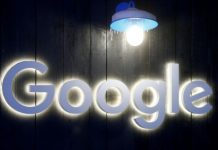 Google to invest up to $2 billion in Polish data center