Almost two decades ago, in a remote Russian city best known for its butter and linen, two brothers shared a bedroom and a Pentium 100-powered computer they used to code their first game.

Wall Street wants a piece of what they’ve built since.

Playrix has met with some of the biggest banks “and visited their skyscrapers,” said Dmitry Bukhman, 34, citing meetings with dealmakers at Goldman Sachs Group Inc. and Bank of America Corp. For now, though, “we are focused on growing the business.”

He and Igor Bukhman, 37, are the brains behind Playrix Holding Ltd., the creator of popular games similar to Candy Crush, including Fishdom and Gardenscapes, with more than 30 million daily users from China to the U.S. and annual sales of $1.2 billion, according to Newzoo.

That makes the company one of the top 10 iOS and Google Play app developers by revenue, data from researcher AppAnnie show, putting Playrix in the same league as Tencent Holdings Ltd., NetEase Inc. and Activision Blizzard Inc.

Today, each brother is worth about $1.4 billion, according to the Bloomberg Billionaires Index. They haven’t previously appeared in a global wealth ranking. 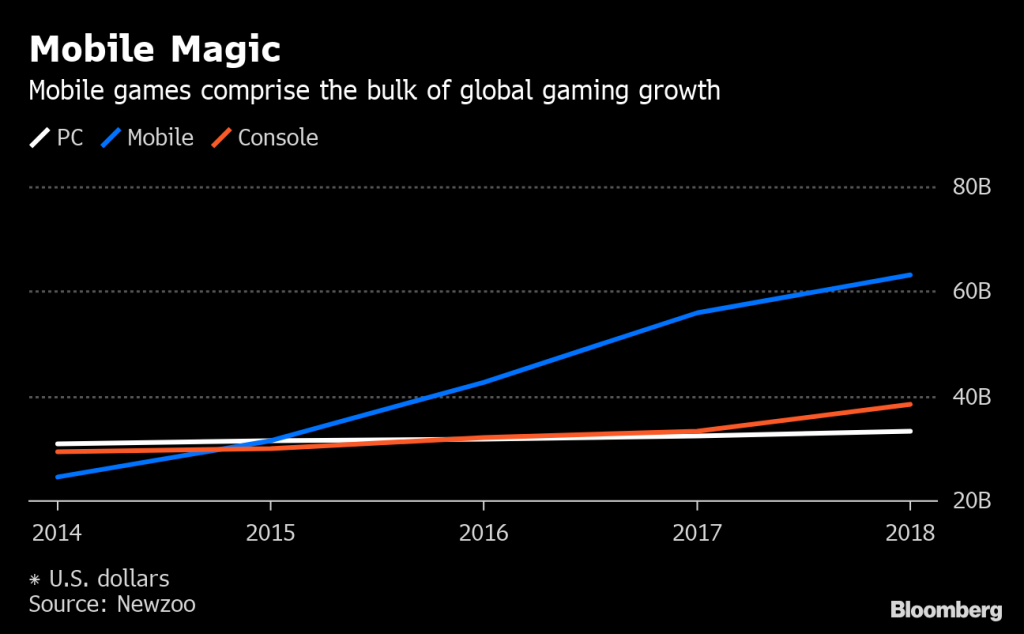 Their road to riches started in 2001 in the city of Vologda, almost 300 miles (483 kilometers) north of Moscow, where Igor learned from a university professor that he could sell software online. He decided to try with Dmitry, who was still in high school at the time.

“We had no experience, no business understanding whatsoever—everything we could imagine was writing games,” Igor said.

The U.S. is Playrix’s biggest market, followed by China and Japan, the brothers said in a recent interview. The two remotely manage about 1,100 employees, including personnel at its Ireland headquarters and developers in Russia, Ukraine and Belarus.

The brothers’ first product was a game akin to Xonix in which players must use a cursor to open pieces of a hidden picture before being struck by flying balls. They wrote it during a summer break and generated $60 in the first month and later $100 a month, about half of the average salary in Vologda.

“We thought, ‘If one game makes $100, we can write several dozen of them and make a lot of money,”’ Igor said.

Their second game, featuring an animated character designed by an outsourced artist, brought in $200 a month. Their copycat of Tetris brought in $700 a month, but the brothers shut that down after learning that the game was protected by a license.

In 2004, when the business reached $10,000 of monthly revenue, they registered a legal entity, rented space for an office in the basement of a book warehouse and hired other staff to accelerate production.

In the early years, they sold casual games through sites such as majorgeeks.com or download.com, before moving to bigger platforms like Yahoo! and AOL. Then, within the past decade, games started moving first to Facebook and then smartphones. Many of them were available for free, with users paying only for certain in-game features.

Playrix makes most of its money from in-app purchases and the brothers mostly shun advertising, which detracts from the user experience. Ads generate less than 3 percent of revenue, Dmitry said.

“It was a major challenge for us to switch to developing free-to-play games—that’s totally different DNA,” Dmitry said. “Free-to-play games aren’t games that you develop, release and move on to making another one. They are services that need to be supported constantly as users are waiting for regular updates.”

Playrix succeeded in this transition, achieving worldwide recognition over the past three years with Gardenscapes and its sequel, Homescapes, a new variety of match-3 puzzle in which a player completes rows of at least three elements to pass levels and progress through an animated storyline—in this case, helping a butler named Austin renovate a house with a garden.

“Austin engages in dialog with you, you help him to select ways to decorate the mansion, you dive into the history of this character and become related with him,” Dmitry said. “This genre variety we introduced—match-3 with meta game—became very successful, and other companies started copying us.”

“Playrix is certainly responsible for the first major innovation in the match-3 genre since King Digital Entertainment Plc seemingly had the market locked down with Candy Crush,” said Newzoo analyst Tom Wijman. “Playrix managed to add a layer of complexity and ‘meta game’ to the match-3 genre without driving away casual mobile players.”

“It’s like apps, like Spotify—people can use them for years,” he said. “More and more people are getting accustomed that it’s perfectly normal. Why not pay $5 to get pleasure from playing a game on a smartphone rather than watching videos or listening to music?”

The average paying user in the U.S. spends $32 a month playing Homescapes, Playrix’s most popular game, the company said.

While Playrix hasn’t introduced a new title since 2017, the company recently acquired several gaming studios to expand into new genres, Igor said, declining to disclose which studios until it releases games developed by them later this year.

Could Playrix be next? In February, the Information reported that it could be sold for $3 billion, citing Chinese firms iDreamSky Technology Holdings and FunPlus Game Co. as potential suitors.

The brothers dismissed the report.

“For $3 billion we won’t sell,” Dmitry said with a smile, while acknowledging that Playrix had been discussing strategic options as recently as last year, noting its meetings with Wall Street banks.

Their goal, for now, is to become a “top-tier gaming company,” that rivals Activision Blizzard and Electronic Arts in the West, and NetEase Inc. and Tencent in China, Igor said.

“We want to grow as big as they are, using developer talent from our region—the former USSR and Eastern Europe,” he said.

There’s no magic number that would compel the Bukhmans to sell the company, because they say money is secondary to doing what they love.

“Some may think that when you have a lot of money, everything becomes different and more interesting, you start doing different things,” Dmitry said. “But no. We just keep working.”