(Bloomberg) –Google Chief Executive Officer Sundar Pichai was in Tokyo Tuesday to inaugurate the relocation of the company’s Japanese head office to an expansive new complex in the trendy district of Shibuya.

As part of the new office facility, taking up the majority of the 35-floor Shibuya Stream skyscraper, the company also opened its seventh Google for Startups Campus in the world, second in Asia after Seoul. The Campus initiative extends Google’s effort to combine education and training for startups with evangelism for the use of its cloud and business services. Pichai said that Google would run an accelerator program in Japan that would focus on “established startups” working on artificial intelligence and machine learning, both critical aspects of Google’s current and future operations.

“Ultimately, we want to make sure the legacy of technology innovation extends far beyond 2020. This Google for Startups Campus is one part of that,” he said at the opening.

AI has been topical in Japan recently, with SoftBank Group Corp. announcing plans to combine its Yahoo Japan internet business with Naver Corp.’s Line messaging service in an effort to create an AI tech leader capable of rivaling U.S. juggernauts like Google and Facebook Inc. On Monday, Peter Thiel visited Tokyo to introduce Palantir Technologies Japan Co., which will use AI to make sense of large volumes of unwieldy data in the fields of health and cybersecurity.

Google has said the move to Shibuya Stream will double its employee headcount in Japan to beyond 2,000. The company’s first office outside the U.S. was in Tokyo, opening in 2001. It said it has “invested heavily” in Japan over the years and earlier in 2019 committed to training 10 million people in digital skills by 2022. Its so-called Grow with Google program is the Campus equivalent for individual job-seekers and students.

“At Google, we are deeply committed to fostering Japanese startups,” Pichai said. 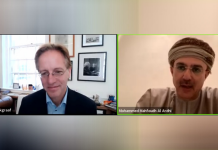