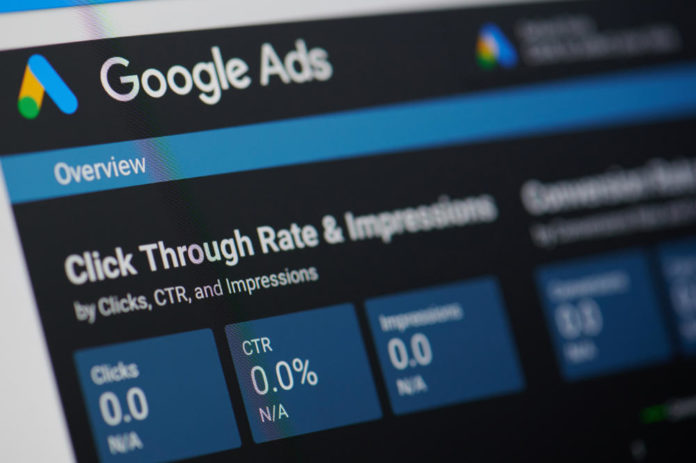 (Bloomberg) — “Where’s the best place to hide a body? The second page of a Google search.” The gallows humor shows that people rarely look beyond the first few results of a search, but Lee Griffin isn’t laughing.

In the 13 years since he co-founded British price comparison website GoCompare, the 41-year-old has tried to keep his company at the top of search results, doing everything from using a “For Dummies” guide in the early days to later hiring a team of engineers, marketers, and mathematicians. That’s put him on the front lines of a battle challenging the dominance of Alphabet Inc.’s Google in the search market — with regulators in the U.S. and across Europe taking a closer look.

Most of the sales at GoCompare, which helps customers find deals on everything from car and travel insurance to energy plans, come from Google searches, making its appearance at the top critical. With Google — whose search market share is more than 80% — frequently changing its algorithms, buying ads has become the only way to ensure a top spot on a page. Companies like GoCompare have to outbid competitors for paid spots even when customers search for their brand name.

“Google’s brought on as this thing that wanted to serve information to the world,” Griffin said in an interview from the company’s offices in Newport, Wales. “But actually what it’s doing is to show you information that people have paid it to show you.”

GoCompare is far from the only one to suffer from Google’s search dominance. John Lewis, a high-end British retailer, last month alluded to the rising cost of climbing up in Google search results. In the U.S., IAC/InterActive Corp., which owns internet services like Tinder, and ride-hailing company Lyft Inc. have signaled Google’s stranglehold on the market.

The clamor from companies has prompted the U.K. competition watchdog to study online platforms and digital advertising in July, aiming to examine the market power of companies like Google over online marketing. The European Union has been trying to rein in Google, fining the company 1.5 billion euros ($1.6 billion) this year for thwarting advertising rivals. In the U.S. there’s a rising chorus of voices on the political left and right demanding Google be cut down to size, somehow.

Read this: ‘What Is Bitcoin?’ Topped Google’s 2018 What Asked Trending List

The case of GoCompare shows just how difficult it is to win the search game.

GoCompare is known locally for its off-beat ads where an opera singer belts out its name in restaurants, taxis and, more controversially, crawls out of a flipped car in a recreation of an accident. When customers look for the company’s name after seeing an ad or type in a query for auto insurance, what appears is a combination of paid advertisements, Google’s own blurbs and then so-called natural search results, a list of what the tech giant deems are the most reliable sources of the information. But even ranking highly on natural search results can be costly.

“The way the algorithm works is constantly changing and you don’t get insight into it,” said Lexi Mills, chief executive officer of Shift6, a marketing consulting firm that helps clients improve their search results. “The people who get to optimize tend to be the people with the most money.”

Nowhere is Google’s power more evident — and potentially damaging to businesses — than in the market for “branded keywords.” This is where businesses buy ads based on their brand names. So GoCompare bids on the word “GoCompare” and when people search for that, Google runs an ad at the top of results usually linking to the company’s website.

Some businesses say they have to buy these ads — whatever the cost — because rivals can bid on the keywords too.

If GoCompare decides not to bid for its own brand, Google can legally sell the ad placements with its name to a competitor, with the top bidders getting the best spots on the page and taking away customers.

“That seems like an odd place to be that I have to bid on my own brand,” said Griffin. When the company confronted Google about it, the tech giant said “tell your competitors to stop bidding on you,” according to Griffin.

The price GoCompare has to pay for search terms that use its brand has more than doubled since 2016, with a real surge in the last 12 to 18 months, parent company GoCo Group Plc Chief Executive Officer Matthew Crummack said.

Jason Fried, the CEO of web development company Basecamp, described Google’s practice as “ransom” in a tweet, and said he was quickly deluged with messages from other small businesses who also felt victimized.

Tariq Farid — the CEO of Edible Arrangements who has sued Google over its sale of ads targeting his company’s brand — believes the change in atmosphere in Washington could eventually shift the debate. “It gives some confidence to people to step up and do something about it,” he says.

When Google puts 4 paid ads ahead of the first organic result for your own brand name, you’re forced to pay up if you want to be found. It’s a shakedown. It’s ransom. But at least we can have fun with it. Search for Basecamp and you may see this attached ad. pic.twitter.com/c0oYaBuahL

Google has real-time pricing for terms like “auto insurance” that GoCompare relies on for sales. Every time someone searches for that term, the prices refresh, driving a tough — and pricey — battle for the top spot between GoCompare and rivals like Comparethemarket.com and Moneysupermarket.com.

“Google must be rubbing their hands together thinking, ‘This is great,”’ when competitors battle it out for top spots, Crummack said. “Every time that happens, the price goes up and they don’t have to do anything.”

Google defends its system, saying “in order to offer more choice when searching for products or services, we allow competitors to bid on trademark terms. However, we want to balance the interest of both consumers and advertisers, so we allow businesses to file a trademark claim and then we’ll block competitors from using their business name in the actual ad text.” The company also said it’s not just the top bidder, but the top bidder with the most relevant information that gets the coveted spots.

Still, GoCo is looking for ways reduce its reliance on Google, studying a subscription model under which customers sign up for a service that automatically searches for the best rate when policies are due for renewal. That would potentially give the company a captive market. It is also banking on regulators to eventually fix the skewed market, although Crummack doesn’t see that happening anytime soon.

“It’s not something that helps trading next reporting period,” he said.