(Bloomberg) — Huawei Technologies Co. took the wraps off its “HarmonyOS” operating system, offering the first glimpses of in-house software that may someday replace Google’s Android and reduce its reliance on American technology.

To begin with, the open-source software will skip smartphones and instead find its way into everything from cars and watches to personal computers by 2020, Richard Yu, chief executive of the consumer business said during a launch event. Earbuds and virtual reality goggles will follow. Huawei is considering running the OS on its upcoming flagship Mate 30, he told reporters.

“Because we support Google’s Android ecosystem, we will prioritize Android for smartphones. If we can’t use Android, we can install HarmonyOS quickly,” Yu said at Huawei’s developers conference in Dongguan. “We had a great chance to become the world’s biggest vendor by shipment — if not for the trade war.”

HarmonyOS, previously code-named “Hongmeng” or “Ark,” is an important part of Huawei’s effort to develop alternatives in response to sanctions on American technology it needs to make its gear. Underscoring the unpredictability of supply, Bloomberg News reported the White House is delaying a decision about licenses for U.S. companies to resume selling to Huawei.

China’s largest technology company has found itself at the center of sensitive trade negotiations between Beijing and Washington, with the latter accusing its geopolitical rival of stealing technology and posing a risk to U.S. national security. Irrespective of how the talks play out, Trump administrative curbs have all but smothered Huawei’s goal of overtaking Samsung Electronics Co. to become the world’s largest maker of smartphones.

While Huawei’s operating system may serve it well in its domestic market, any plans to dethrone Google’s Android globally will be misplaced, according to Neil Shah, research director at Counterpoint Research.

“Huawei with deep pockets and scale in China can pull this off in the domestic market, but to reach Google Android level service integration and app quality outside China is going to be less trivial and a mammoth task,” he said.

Huawei seems confident it can do it. “Our HarmonyOS is more powerful and secure than Android, and it has greater distributed capability and is future-facing,” Yu said. “Can HarmonyOS be installed on smartphones? Of course.”

For HarmonyOS to work, Huawei will need developers to build apps for its ecosystem — a major question mark around its fledgling software. “It took Android a decade to reach here with deep integration of Google Mobile Services, and it now has a well curated and relatively secure App Store with millions of apps, advanced AI capabilities,” Shah added.

Last year, Huawei spent at least 500 million yuan ($70 million) to lure developers to work on its homegrown OS, and the company may invest more this year, said Yu. “The biggest attraction is our profit-sharing scheme. We may only keep 10% of the app profits and leave the rest to developers,” he said.

The efficacy of HarmonyOS is something Huawei still has to prove. Yu went into back-end technical details but refrained from describing consumer-facing features, suggesting it may not yet be ready for prime-time.

To help with app migration, HarmonyOS will be built on the Linux and Huawei’s own LiteOS kernels for now, Yu said, which will change in future generations of the OS.

Two months into a Trump administration ban that cut off Huawei from American suppliers, Huawei is starting to feel the pinch. It warned of a tougher performance in the second half of 2019 and has been internally preparing for a drop in overseas smartphone shipments of a staggering 60 million units. Yu said Friday that sanctions imposed in May had already reduced smartphone shipments by more than 10 million units in the second quarter.

Huawei is delaying the release of its first foldable smartphone Mate X because of “production volume issues”. Yu warned buyers may have to wait until November for the long-awaited product. The postponement is a major blow for the Chinese company, which is battling Samsung and Apple in the global smartphone market.

Huawei has looked to its home turf to offset international headwinds. The company has assigned as many as 10,000 engineers, working across three shifts a day, to develop alternatives to American software and components. Huawei already designs its own HiSilicon Kirin processors, though it retains a reliance on U.S. firms such as Qualcomm Inc. and Broadcom Inc. for additional wireless chips.

And it’s focusing on domestic sales: the company commanded 37% of the Chinese smartphone market in the second quarter, according to IDC, giving it roughly the same share as the second and third largest vendors combined. Strong home-market sales boosted Huawei’s shipments by 24% to 118 million units in the first half, the company said earlier. 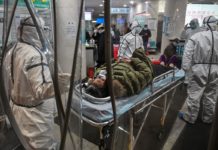 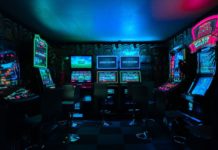