Most 65-year-olds would be looking to wind down their careers as they hit retirement. But in Singapore, which has one of the highest life expectancies in the world at nearly 85 years and where the government soon plans to raise the retirement age, workers are being pushed to learn new skills to stay productive.

Valerie Yeong-Tan, who’s worked for 47 years at Singapore Telecommunications Ltd., is one such example. She’s an administrator in the human resources department with no prior programming knowledge, but was recently persuaded to take bot-building courses to improve her skills.

“Learning is a lifelong process, and I want to keep my mind active,” the 65-year-old said in an interview at a new Singtel office in Singapore, where it will conduct training. “I also hope to encourage and inspire the younger generation of workers, and show them that you can learn new skills no matter how far you are in your career.”

Read this: Paid To Be Thin: This Company Will Give Bonuses to Thin Employees

Yeong-Tan attended a four-day Bot Maker Training course and a two-day Bot Maker Hackathon, both organized by Singtel, where the basic programming terminology was alien to her. Now she uses her new-found skills to automate work processes like doing reports, drafting budgets and other repetitive tasks, saving her hours in her day.

Singapore’s labor productivity is on the decline

In Singapore, where productivity is falling as the labor force gets older, workers are being encouraged to adopt new skills for a digital world.

Government agencies like Workforce Singapore and SkillsFuture Singapore run a number of programs to help workers reskill and find jobs. Last year, 431,000 Singaporeans made use of the SkillsFuture Credit — which subsidizes government-approved training courses — compared with 285,000 in 2017.

Businesses are also doing their bit. Singtel said Thursday it will invest S$45 million ($32.7 million) over the next three years to boost its employees’ digital skills. It’s providing additional in-house training courses and programs in a variety of technology-related fields ranging from 5G capabilities to data analytics.

Retraining efforts are becoming increasingly necessary as the global skills gap widens, IBM Corp. said last week. The company cited its own study estimating that in the next three years, as many as 120 million workers in the world’s 12 largest economies may need to be retrained as a result of artificial intelligence and automation.

“Work, as we know it today, is very different from 10 years ago,” Chua Sock Koong, Singtel’s group chief executive officer, said Thursday. “And 10 years from now, it will be very different from today. That is why we mustn’t stop evolving, as an employee, as a company.” 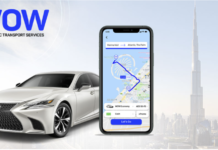