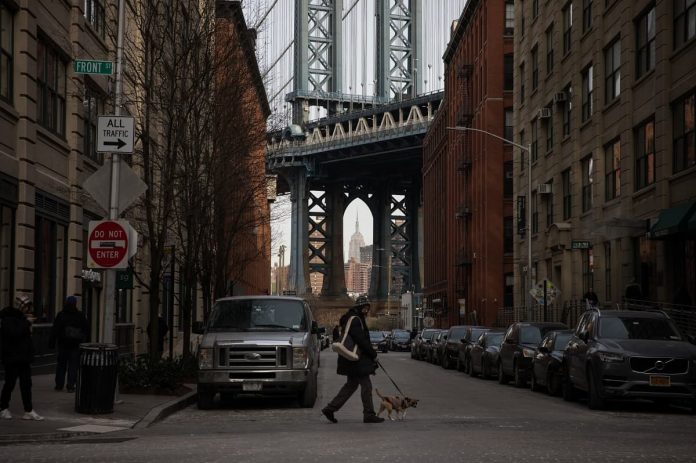 Amazon.com Inc. might have the right idea: A new study shows New York City is the best place on the planet for technology.

New York ranked first in an index measuring 30 global tech-heavy cities analyzed by real estate brokerage Savills Plc, with San Francisco in second place and London third. New York pulled ahead thanks to its volume of venture capital cash, large pool of talent — both homegrown and people attracted to the city — and the opportunities that exist for them.

“So much of it is talent,” Paul Tostevin, author of the report, said from London. “New York can keep generating its own talent and, I think more importantly, recruiting it from around the world.”

Amazon in November unveiled plans to build an office hub in the Long Island City neighborhood of Queens to accommodate 25,000 new employees. In its announcement, the internet retailer pointed to its desire for big populations of skilled workers to hire from. Google and Apple Inc. are also expanding in the city.

“Scale is something New York can offer when you’re employing so many people, so there’s a real advantage there for large tech companies,” said Tostevin, associate director of world research for the brokerage. “There’s that work-and-life balance that’s so important, and that New York can offer that is quite advantageous.”

It’s the first time in the report’s three iterations that New York came out on top. Austin, Texas, and San Francisco took the No. 1 and 2 spots, respectively, in both the 2015 and 2017 studies. The Savills index scores cities on the costs of living and doing business, investment opportunities, real estate prices and access to transit, among other things.

New York got points for its venture capital investment, which was billions of dollars greater than in San Francisco over the past three years, according to the report. That and plentiful transportation options helped offset the city’s poor score for real estate costs, Tostevin said. New York’s rents for offices — including co-working space — and housing are among the highest, according to Savills.

A look at the world’s best tech cities: 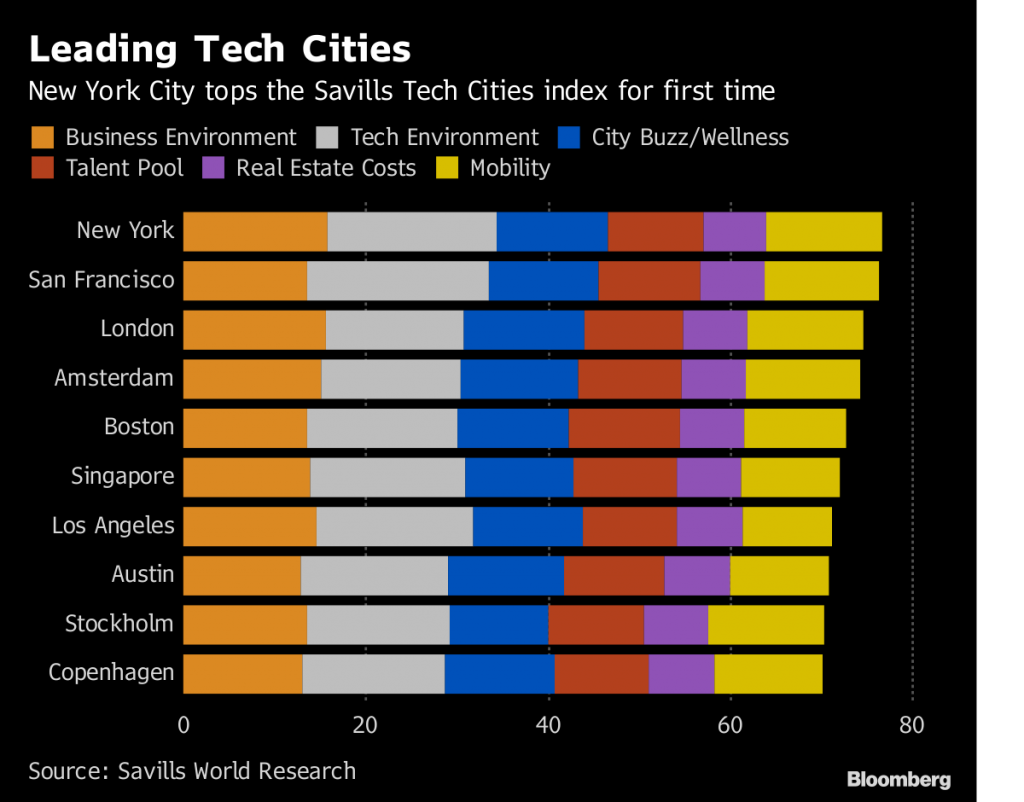