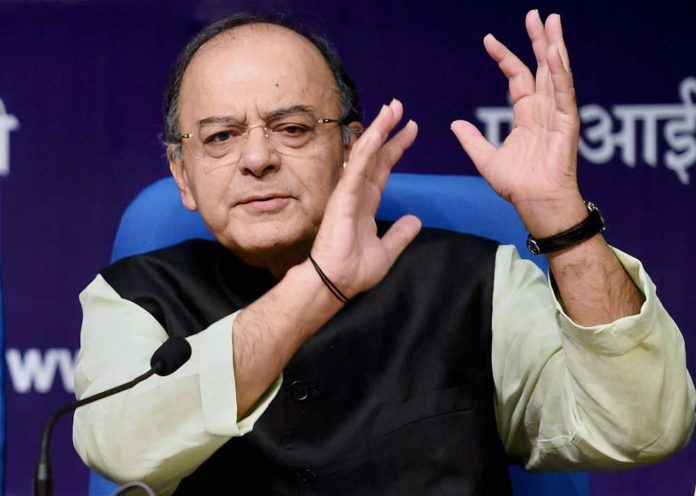 (Bloomberg) — Arun Jaitley, India’s former finance minister who gave the nation its biggest tax reform, has died. He was 66. Jaitley died at 12:07 p.m. local time on Saturday, the All India Institute of Medical Sciences said in a statement. He was admitted to the hospital on Aug. 9 and was treated by a multidisciplinary team of senior doctors, according to the statement.

Jaitley, who acted as chief troubleshooter for the Prime Minister Narendra Modi administration in its first term, opted out of the new government in May citing health reasons. He had undergone a kidney transplant in 2018 and received regular medical care since then.

Jaitley, a lawyer by training, was a senior member of the Bharatiya Janata Party and a close aide of Modi. He took office as finance minister in 2014 when India’s economy was struggling, borrowing costs were rising and investors were generally disillusioned with a lack of reforms. A dip in oil prices then gave Jaitley an opportunity to contain the budget deficit and convince the then-central bank Governor Raghuram Rajan to lower lending rates.

During his term in office, he implemented a number of key reforms: replacing India’s byzantine tax system with a nationwide goods and services tax, and passing an insolvency and bankruptcy code to lessen the troubles of debt-laden banks.

He presided over the most painful years of the banking industry as multi-billion dollar frauds and loan defaults involving billionaires came to the fore. He also faced flak for Modi’s demonetization plan — a surprise ban on high-value currency notes in November 2016 — that disrupted business activity, caused thousands of job losses, and hurt economic growth.

He was succeeded in the role by Nirmala Sitharaman, whose respect for Jaitley was on display on her first day in office when she hesitated to take the chair that he sat in.

Following the BJP’s sweeping victory in the 2014 elections, Jaitley was appointed minister to the key portfolios of finance and defense. He became one of Modi’s key strategists while helping to oversee election wins in the prime minister’s home state of Gujarat.

Even after stepping aside on health grounds, he continued to back the government’s moves through his posts on social media. He strongly supported Modi’s decision to strip the disputed Kashmir region of its special status and said the leader had secured “a place in history.”

Jaitley studied law in Delhi after his parents migrated from Pakistan during India’s partition in 1947. He was a student union leader and also a chief of the youth wing of the Rashtriya Swayamsevak Sangh, a Hindu nationalist group.

From 1975 to 1977, Jaitley was detained for opposing the emergency rule imposed by former Prime Minister Indira Gandhi’s Indian National Congress party. Three years later, he joined the BJP at its inception while continuing with his law practice.

As a lawyer, Jaitley represented well-known multinational companies such as PepsiCo Inc. and Coca-Cola Co., as well as famous Indians including the billionaire Birla family in an inheritance dispute.

He held a number of positions during the BJP-led governments from 1998 to 2004, including commerce minister. As leader of India’s delegation at the World Trade Organization talks in 2003, he helped block moves by developed countries to gain more access to emerging markets without reducing agricultural subsidies.

Known for his penchant for good food, Jaitley underwent weight loss surgery within months of assuming office as finance minister in 2014. He was hospitalized within a month of the operation for an infection following a dinner hosted by Modi for Chinese Premier Xi Jinping.

In his letter to Modi in May following the BJP’s landslide election victory, Jaitley said he has had some serious health challenges in the last 18 months and chose to not join the new government.

–With assistance from Anurag Kotoky.