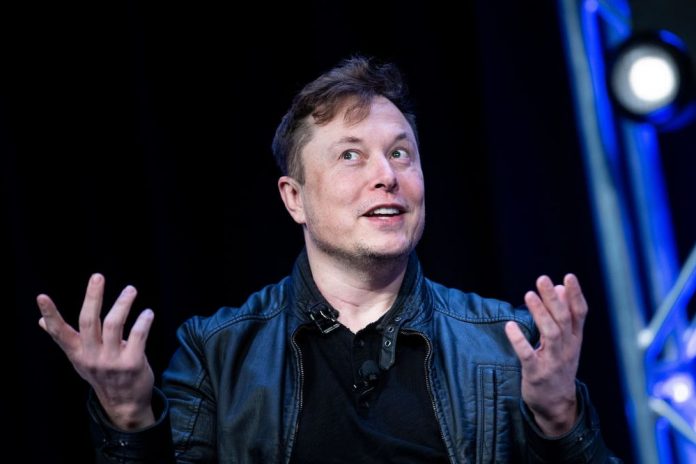 (Bloomberg) — Elon Musk lashed out at the California county blocking Tesla Inc. from reopening its only U.S. car plant, threatening to immediately relocate operations to other states and cease manufacturing at the factory.

Hours after the chief executive officer tweeted that Tesla would sue Alameda County, which didn’t allow the facility to resume operations Friday, the electric-car maker filed a complaint with the U.S. District Court in San Francisco. Tesla claims the county’s health order violates due process and “puts businesses deemed critical to the nation’s well-being by the federal and state governments between a rock and a hard place.”

Musk, who has called coronavirus-related shutdown orders fascist, said Tesla will decide whether to keep producing cars in Fremont, California, based on how it’s treated going forward. The Bay area was the first region in the country to implement stay-home orders to contain the spread of Covid-19 and has been cautious about lifting them.

Alex Spiro, the Manhattan attorney who helped Musk prevail in a defamation case last year, is the lead attorney in the suit, which along with Musk’s tweets ratchet up the pressure on California Governor Gavin Newsom and local officials. Musk, 48, arguably has been the tech sector’s loudest voice advocating for the reopening of the economy, drawing criticism from some peers in the business community and cheers from conservative political circles.

“Part of it is just frustration from the view of Musk and Tesla, given they are basically grounded around Fremont, which is the heart and lungs of their business,” Dan Ives, a Wedbush Securities analyst, said by phone. Musk is playing “a game of poker to put more pressure on the county to open up.”

Tesla has roughly 20,000 employees in the Bay area, including its headquarters in Palo Alto. The company announced internally in late March that two staffers tested positive for the virus but didn’t specify which office they worked in.

In a blog post Saturday, Tesla said it has started the process of resuming operations and described its restart plan as “the result of months of careful planning and preparation.”

“Tesla is not an outlier, nor are we going against the grain,” the company said.

Musk at first defied Alameda’s mid-March shutdown order and resisted pressure from the county and Fremont to idle the factory. While Tesla claimed it was an essential business, the county’s health officer disagreed and said the plant posed a public-health risk. Much of the Bay area has since extended shelter-in-place orders through the end of May.

Tesla’s factory employs roughly 10,000 people, including many who commute from outside of Alameda County.

Lily Mei, the mayor of Fremont, said Saturday she’s increasingly concerned about the economic impact of Tesla and other manufacturers not being allowed to resume operations. She encouraged the county to engage with local companies to come up with guidelines to reopen.

“The Alameda County Health Care Services Agency and the Public Health Department have been communicating directly and working closely with the Tesla team on the ground in Fremont,” the county said in a statement Saturday. “The team at Tesla has been responsive to our guidance and recommendations, and we look forward to coming to an agreement on an appropriate safety plan very soon.”

The mayor of Palo Alto, where Tesla has its global headquarters, also chimed in to voice his support for the company.

Following through on the threat to move Tesla’s headquarters and future programs to Texas and Nevada, where the company has its massive battery plant, will be costly and challenging for Musk but relatively easier than ending production in Fremont.

The factory is the only place in the world where Tesla makes the Model S, X and Y. The company purchased it from Toyota Motor Corp. in the wake of the global financial crisis for just $42 million and has sunk billions of dollars into the facility since then.

“The factory in Fremont was an all-stars-aligned opportunity for Tesla,” Ben Kallo, an analyst at Robert W. Baird & Co., said by phone. “I don’t know if you can quickly say ‘I’m leaving.’”

Musk has been scouting locations for a new U.S. factory to build the Cybertruck model that Tesla plans to start producing late next year. He’s hinted it could be constructed in Texas, where part of Tesla’s chip team is based. The Musk-led rocket company Space Exploration Technologies Corp. also has operations in the state.

Musk encouraged his almost 34 million Twitter followers to voice their displeasure with the county and endorsed the idea that shareholders could file a class-action lawsuit. He said Tesla knows more than the county does about what needs to be done to safely operate its factory after having reopened its plant near Shanghai earlier this year.

When Musk tweeted in March that Tesla was looking for places to build the Cybertruck, one analyst estimated the company could improve operating margins by 8% just by building cars in lower-cost areas than California.

But an ugly breakup with the state could be perilous. Musk risks turning off consumers who have registered more than 70,000 new Tesla vehicles each of the last two last years, according to IHS Markit. The company delivered almost 370,000 cars worldwide in 2019.

The state has supported electric-vehicle purchases by offering rebates of as much as $7,000, with Tesla’s Model 3 and Y being eligible for $2,000.

“I think he’s at odds with the federal, state and local governments for most of this,” Kallo said of Musk. “Picking up and leaving isn’t really an option right now.”