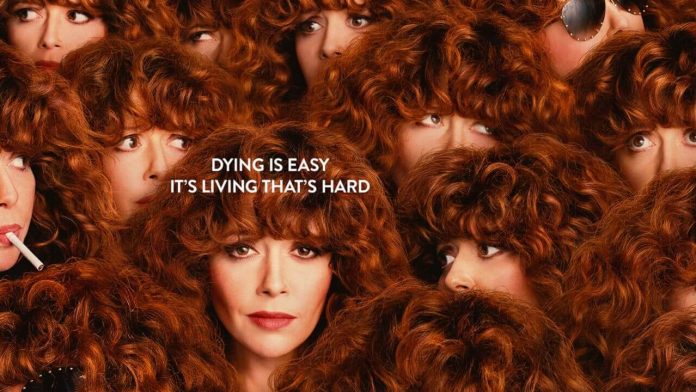 Reached the bottom of the binge barrel? Are you tired of re-watching the same TV-shows over and over again?

Here is a list of a fresh set of binge-worthy Netflix shows, which won’t be relegated to background noise while you go on about your day, but will have you planted in your seat for the entirety of its run-time.

Ever wondered what’d happen if you combined the life looping concept of Groundhog Day with existential questions?

You’d end up with this thoroughly entertaining Netflix Original.

Russian Doll follows a woman named Nadia on her journey as the guest of honour at a seemingly inescapable party one night in New York City. She dies repeatedly, always restarting at the same moment at the party, as she, and you, try to figure out what is happening to her.

F is for Family

In a time when technological and cultural advancements have rendered certain lifestyle practices obsolete, sometimes one wishes to reminisce about the days of yore, or more accurately, 1950’s American suburbia. Lo and behold, F is for Family.

If different stylistic approaches and unique storylines are what you crave, then this anthology series might be right up your alley. With each episode with a run-time of no more than 15 minutes, this one is a quick yet essential watch.

From the perils of the rapid boom in technology to humorous AI robots exploring the post-apocalyptic landscape, each episode is a visual spectacle.

Love, Death + Robot, with its subtle messages, offers you a space for quiet reflection on issues that plague our society; a virtual think tank, if you will.

Based on a comic book series of the same name, the series follows the story of six gifted individuals, who were once students at, you guessed it, the Umbrella Academy, and now have to reunite to save the world from an apocalypse.

Despite the by the books – save the world, baseline story, the Umbrella Academy is a hilariously twisted and poignant series that is a witty deconstruction of our favourite comic book tropes.

Displaying a swagger that most debut shows can only dream of, this superhero franchise will surely fill the void Netflix’s Marvel cancellations have left in our viewing schedules.