Home UAE Dubai Sugar Refinery Pumps Out as Much as It Can on Good...
Facebook
Twitter
WhatsApp
Linkedin
Email

(Bloomberg) — Despite the sugar market’s concerns over weaker demand and falling premiums making it less attractive to refine, Dubai giant Al Khaleej Sugar Co. is producing as much as it can.

The owner of the world’s largest port-based sugar refinery expects to keep operating its plant at full capacity of 7,000 tons a day for the next three months, according to Managing Director Jamal Al Ghurair. He said demand has remained strong after drought pummeled Thailand’s crop, reducing supply.

“Based on demand we will keep running to fulfill our contractual obligations, and for the time being we are occupied for the next three months,” Al Ghurair said in a phone interview. “The reduction in Thai capacity due to the drought has given us a good chance to make up for it. If they have a similar crop next season then we will continue on the same basis.”

Thailand’s worst drought in 40 years and consumer stockpiling during coronavirus lockdowns helped push white sugar’s premium over the raw variety to a seven-year high in late May, making it more profitable for refiners to process. While the premium has since slumped about 34% as output increased, it’s still slightly above the five-year average.

Al Khaleej’s plan to keep running at full capacity comes even as global shutdowns, slowing economic growth and falling incomes weigh on the outlook for sugar demand. Analysts and traders at Czarnikow Group, Citigroup Inc. and the U.S. government have forecast consumption to drop this season.

“Consumption might be going down in some countries, but it doesn’t mean it’s a worldwide phenomenon,” Al Ghurair said. “Our export demand from the world market has remained the same.”

The company saw an initial surge in demand amid virus-related panic buying from consumers. So far the pandemic has had no impact on its refinery operations, according to Al Ghurair.

“We didn’t face any problem in terms of labor, delivery or supplies,” he said. “On the demand side, the panic effect lasted for one month and demand has returned back to normal after that.”

Al Khaleej is also pressing ahead with plans to begin production from a beet processing plant in Egypt early next year. More than 70% of the facility has been constructed and the company is targeting processing 18,000 tons of beets a day for the local market from January or February. 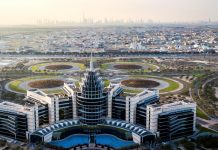 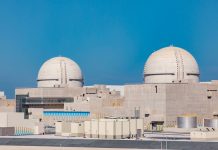