Garena has unveiled music producer and DJ Niles Hollowell-Dhar – who is better known by his stage name KSHMR – as Free Fire’s latest brand ambassador. Signed to Warner Music Group’s iconic Dance label Spinnin’ Records, KSHMR is renowned for his innovative and pioneering approach to producing. The partnership unites the world’s most popular battle royale mobile game with one of the world’s most famous DJs, and continues Garena’s rollout of exciting new content for players.

The collaboration will see KSHMR feature in Free Fire as an all-new playable character – called K, with the nickname Captain Booyah – and release a specially produced song and music video. The song plays heavily on KSHMR’s signature vocal-driven production style, and delivers the same energy as users get from playing Free Fire. More details on the song will be revealed on official Free Fire channels – so stay tuned!

“The song I wrote for this collaboration is meant to inspire people all over the world; to keep fighting regardless of the challenges they’re facing”, said KSHMR, who is collaborating with a mobile game for the first time. “Free Fire delivers this same energy and inspiration, and I’m excited to be working on this with them.”

The tie-up with KSHMR extends Free Fire’s strategy of engaging its community of users globally through their areas of interest outside of the game. Passionate about localised story-telling at his live shows, KSHMR has captured a global audience, resulting in a great synergy and alignment with Free Fire’s key markets. “Free Fire players enjoy great music. This collaboration with KSHMR allows players even more ways to enjoy the game – through the soundtrack, character K, and many more partnership initiatives which are being lined up,” said

Spinnin’ Records continue to pursue the possibilities of gaming collaborations

As a music label, Spinnin’ Records is always looking for original ways to present their artists and music. Recently the Dutch Dance label have pursued this by embarking on several collaborations with the gaming community, such as; Spinnin’ Gaming Tournament (taking place at last year’s Amsterdam Dance Event), a fully equipped Gaming Room at the Spinnin’ office that invited various gamers, influencers and artists to compete with each other, as well as, partnering with Avakin Live for a virtual live concert.

“KSHMR has been one of our key artists for many years, it’s been impressive to see his evolution as an artist and his modern take on Dance music. As a record label we are constantly seeking progress and ways to innovate, therefore introducing our artists to the world of gaming has always excited us. Teaming up with Free Fire is an exciting next step in connecting Dance Music with Gaming,” said Steven de Graaf,  Commercial Director Spinnin’ Records.

Players can expect KSHMR x Free Fire content – including the song, music video, and in-game playable character – to drop in October. Stay tuned for all the latest on the partnership on Facebook.
Free Fire is one of the most popular battle royale titles globally, having ranked as the world’s most downloaded mobile game in 2019. Free Fire has seen success in creating captivating content that engages users globally. Garena recently announced a new record high in terms of peak daily active users of more than 100 million.And if you have not already done so, Free Fire can be downloaded on both the Apple iOS App and Google Play store.

About Spinnin’ Records
With dance music evolving from a niche phenomenon to the world’s most dominant music genre, Spinnin’ Records has followed a similar trail. Hosting several sublabels (including Tiësto’s Musical Freedom and Oliver Heldens’ Heldeep Records) and releasing multiple singles every week, Spinnin’ Records has helped kickstart and extend the careers of many DJs, among them world famous artists.
The label’s online dominance is striking with a social following of 27.6M on Youtube, 3.3M on Instagram and 6.4M on Facebook. Beside this, Spinnin’ Records is serving a mass audience on various streaming platforms, including Spotify, where it attends to millions of listeners through several playlists and releases, while its weekly radio show Spinnin’ Sessions is broadcasted all over the world on various partner radio stations, reaching over 30 million listeners every week.

About Garena
Garena is the leading game developer and publisher in Southeast Asia, Taiwan, and Latin America, and has expanded into other fast-growing markets globally.
For more information on Garena, please visit https://www.garena.com. To find out the very latest on Free Fire, do head down to https://www.facebook.com/freefireEN. 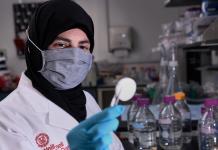 Expats Can Now Have 100% Ownership Of Commercial Companies In UAE 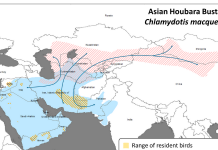