(Bloomberg) — Airbus SE embarked on the most extensive restructuring in its history, setting out plans to cut 15,000 civil-aerospace jobs worldwide as it attempts to steer through the crisis brought on by the coronavirus pandemic.

Anthony Fauci, the U.S. government’s top infectious disease specialist, warned lawmakers that coronavirus infections in the U.S. could rise to 100,000 a day if behaviors don’t change.

Asia’s loss of economic output due to the deadly coronavirus will likely persist until 2022, according to the International Monetary Fund. Property markets in Singapore and Australia extended their downward trend amid the pandemic. Home prices in the city state fell for a second consecutive quarter after a two-month lockdown shut most of its economy, while Australian prices fell for a second straight month in June.

Airbus SE embarked on the most extensive restructuring in its history, setting out plans to cut 15,000 civil-aerospace jobs worldwide as it attempts to steer through the crisis brought on by the coronavirus pandemic.

The European manufacturer will eliminate more than 10,000 positions across its main bases in Germany and France, part of an 11% reduction in global headcount, according to a statementon Tuesday. Chief Executive Officer Guillaume Faury has said the company’s output will be 40% lower than expected for two years due to a dramatic slump in demand for aircraft, and has previously warned it is bleeding cash.

“The crisis the aviation sector is facing will be of a length and magnitude that calls for more structural and wide-ranging actions,” the CEO said in a video message. “We need to act now by adapting our workforce to reflect the new situation.”

Singapore has controlled the spread of the coronavirus and kept fatality rates low, the country’s Prime Minister Lee Hsien Loong says in a letter posted to his Facebook page. “We fought hard over the past few months to manage the health crisis,” says Lee, speaking in his capacity as secretary-general of the People’s Action Party. “Thanks to the efforts of our healthcareprofessionals and your cooperation, we have controlled the spread of the virus and kept fatality rates low.”

Singapore is still recording more than 200 new cases of the coronavirus a day, with its overall tally at 43,907 infections, the second-highest in Southeast Asia. The country was criticized for not tackling an outbreak among migrant workers quickly enough, which saw authorities impose a stricter lockdown in place of a more open original strategy.

Asia’s loss of economic output due to the deadly coronavirus will likely persist until 2022, according to the International Monetary Fund.

The assessment is a warning about the prospects for a global recovery after the pandemic tipped the world economy into its worst collapse since the Great Depression. The Asia region contributed about 68% of global growth in 2019, according to the IMF.

While regional growth is tipped to rebound to 6.6% next year, that won’t be enough to replace all of the output lost due to the crisis.

More than 40% of the U.S. has now reversed or halted economic re-opening moves, after steps taken across the Sun Belt in recent days, according to estimates by Goldman Sachs Group Inc. economists. The bank also calculated that the share of the population in states where policies are getting more restrictive up to 30% over five days.

Google is pushing back a plan to reopen its U.S. offices after coronavirus cases surged in several western and southern states. All U.S. offices will remain closed until Sept. 7 at the earliest, according to a memo Google sent to employees. In May, Chief Executive Officer Sundar Pichai said the company would cautiously move some workers back in starting July 6.

South Korea confirms 51 more cases Wednesday, bringing the total number of cases in the country to 12,850. The South Korean government will start supply of Remdesivir to local hospitals on July 1 after signing import contract with Gilead Sciences Korea, the nation’s Centers for Disease Control & Prevention said in an emailed statement. The use of the drug will be limited to patients in serious conditions, it added.

Singapore home prices fell for a second consecutive quarter after a two-month lockdown shut most of the economy and put the brakes on the real-estate market. Property values declined 1.1% in the three months ended June 30, according to a preliminary estimate from the Urban Redevelopment Authority released Wednesday. In the first quarter, prices dropped 1%.

Australian house prices fell for a second straight month in June, as the coronavirus shutdowns continue to weigh on the property market. Home values in major cities fell 0.8% last month, accelerating from a 0.5% decline in May, according to CoreLogic Inc. data released Wednesday. The slide was led by Melbourne and Perth, where prices dropped 1.1%. In Sydney, prices fell 0.8%.

New South Wales, Australia’s most-populous state, said residents of 10 virus hotspots in neighboring Victoria would face six months in jail or a fine of A$11,000 if they attempt to cross the border.

The 10 areas of Melbourne go into lockdown shortly before midnight as authorities attempt to crush a spike in coronavirus infections. Victoria state has experienced two weeks of double-digit increases in new Covid-19 cases after social distancing restrictions were eased, jeopardizing its economic recovery and prompting other states to delay plans to open their borders.

Grupo Aeromexico SAB, Mexico’s second-largest airline, said it filed for bankruptcy in the U.S., becoming the latest in a string of Latin American carriers to seek court protection after the Covid-19 pandemic caused a severe downturn in travel.

The carrier will “continue operating and use Chapter 11 as a way to strengthen its financial position and liquidity,” according to a statement to the Mexican stock exchange Tuesday. Aeromexico said the goal will be “protecting and preserving its operations and assets and implementing the necessary operational adjustments to face Covid-19-related impact.”

The Japanese government is considering starting talks with China, South Korea and Taiwan as soon as this month to ease travel restrictions imposed to prevent the spread of coronavirus, Asahi reports, citing unidentified government officials.

Japan plans to prioritize business travelers and then open borders to students, while tourists will be the last to be allowed entry, the report says.

Hopes of a swift recovery for the U.K. economy could be dashed, according to a survey that revealed the parlous state of Britain’s businesses.

Measures of sales, orders and cashflow in the nation’s dominant services sector have plunged by the most in the 31-year history of the British Chambers of Commerce’s quarterly survey. Demand for goods from manufacturers also dropped in the three months through June, with sentiment in the industry sliding to the weakest level since the financial crisis.

The findings add weight to concerns the economy will struggle to rebound quickly from the pandemic.

“As I watch the Pandemic spread its ugly face all across the world, including the tremendous damage it has done to the USA, I become more and more angry at China,” President Trump says in Twitter post.

Iran will reintroduce lockdown measures on one of its busiest port cities on the Persian Gulf following a surge in cases.

Bandar Abbas, the capital of Hormuzgan province and a major trade hub on the Strait of Hormuz, is one of seven cities that will be closed for one week from Friday, Fereydoun Hemmati, the provincial governor told reporters, the semi-official Iranian Students’ News Agency reported.

The islands of Kish and Qeshm, which are major tourist attractions, will also face the measures, Hemmati said, adding that the lockdown will involve the closure of all schools, universities, most offices, cinemas, coffee shops, restaurants, public pools, gyms and parks.

Coronavirus cases in the U.S. increased by 48,096 to 2.61 million as compared with the same time yesterday, according to data collected by Johns Hopkins University and Bloomberg News. The 1.9% gain was above the average daily increase of 1.6% over the past week. Deaths rose 0.5% to 126,512. 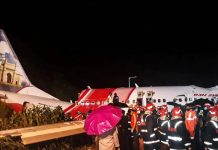 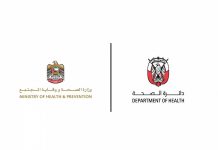 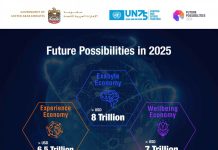