The World’s billionaires are richer than 60 percent of the population, says a recent study.

According to the report, the world’s 2,153 billionaires have more money than the combined wealth of 4.6 billion people in the world.

Broken down further, the richest one percent are twice as wealthy as 90 percent of the human population.

They found that the 22 wealthiest men in the world, including Jeff Bezos and Bill Gates, possess more wealth than all of the women in Africa combined. They also found that women contribute $10.8 trillion to the global economy every year by putting in over 12 billion hours of unpaid care work every day.

Video: How COVID-19 Is Fast-Tracking The Digital Transformation of Banks In Oman 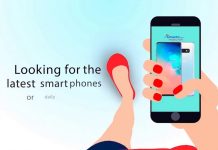